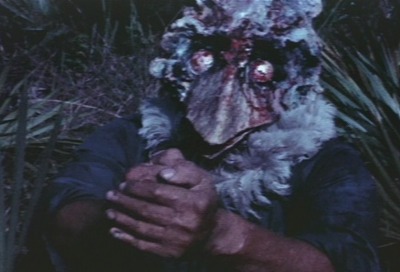 With Thanksgiving rapidly approaching, now seems like a good time to take a look at the world’s first (and only) turkey-centric horror film.  That film, of course, is the legendary low-budget epic from 1972, Blood Freak.

It’s difficult to explain why exactly Blood Freak is a movie that you simply have got to see.  I could tell you about how it’ll force you to wonder if the movie was meant to be taken seriously or if it’s all just a huge joke.  I could go on for paragraph after paragraph about how this movie (and its status as one of the great cult films of the last century) represents one of the purest triumphs of independent cinema and how this movie is one of the few American films to ever come close to Lucio Fulci’s theory of “pure film.”  But I fear that even after I do all that, I will not be able to convey just how beautifully odd and wonderful this movie truly is.

So, instead of doing all of that, I think I’ll just tell you what Blood Freak is about.

Steve Hawkes (a body builder who appeared in several Spanish exploitation films in the late 60s) plays an aimless drifter who, as the movie starts, finds himself in Florida.  He meets a virginal young woman named Angel.  Soon, they are a very clean-cut and chaste couple.  Angel even gets him a job working at the local turkey farm. 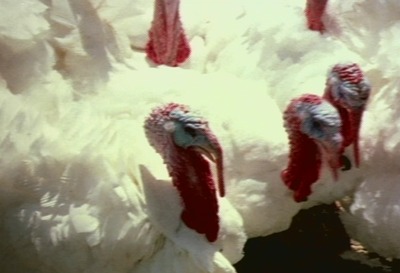 However, there’s trouble brewing.  Angel has a sister named Ann.  Ann is Angel’s opposite in every way.  Not only does she stay out for all hours of the night with her sleazy friends but she also introduces our hero to a little drug called marijuana. 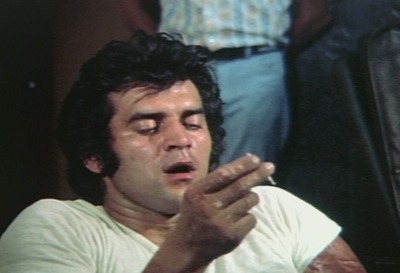 Soon, Hawkes discovers that — apparently like most Americans in the early 70s — he is now addicted to marijuana! (“I have a feeling I’m hooked!” he explains.)  Of course, we all know what happens when you mix marijuana and repeated exposure to turkeys.  That’s right, our hero ends up falling asleep and then waking up as a blood-crazed man/turkey hybrid.  Clucking as he does so, Hawkes soon starts to track down and drink the marijuana-laced blood of his former dealers. 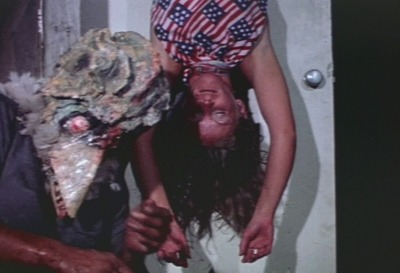 However, if that wasn’t enough, there’s one more thing that makes this movie an absolute requirement for any discerning film lover.  Blood Freak has a narrator.  And our narrator isn’t some wimpy, off-screen guy with a stern voice and a moralistic outlook.   No, our narrator is Brad Grinter, the film’s writer and director.  Grinter pops up every few minutes, sitting behind a desk and explaining the larger social and moral concerns raised by the story of a muscle-bound drifter transformed into a half-Turkey.  Whenever Grinter appears to lose his train of thought (which happens frequently), he holds up what appears to be the film’s script and reads his commentary line-for-line.  While he explains why marijuana is bad, Grinter puffs away on an ever-present cigarette.  Several times, he has to pause in his commentary in order to hack up a lung. 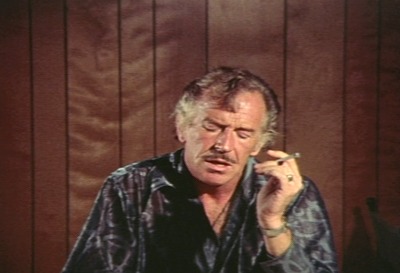 (On a related note, I usually love Something Weird Video but I’m a little bit annoyed with them that they’re apparently only selling the Blood Freak DVD as part of an over-priced box set.  Still, a used copy of the film on DVD shouldn’t be hard to track down.  Why anyone would want to sell their copy of it, I can’t begin to guess but apparently, not everyone recognizes the brilliance of this film in quite the same way as I do.  Their loss.)