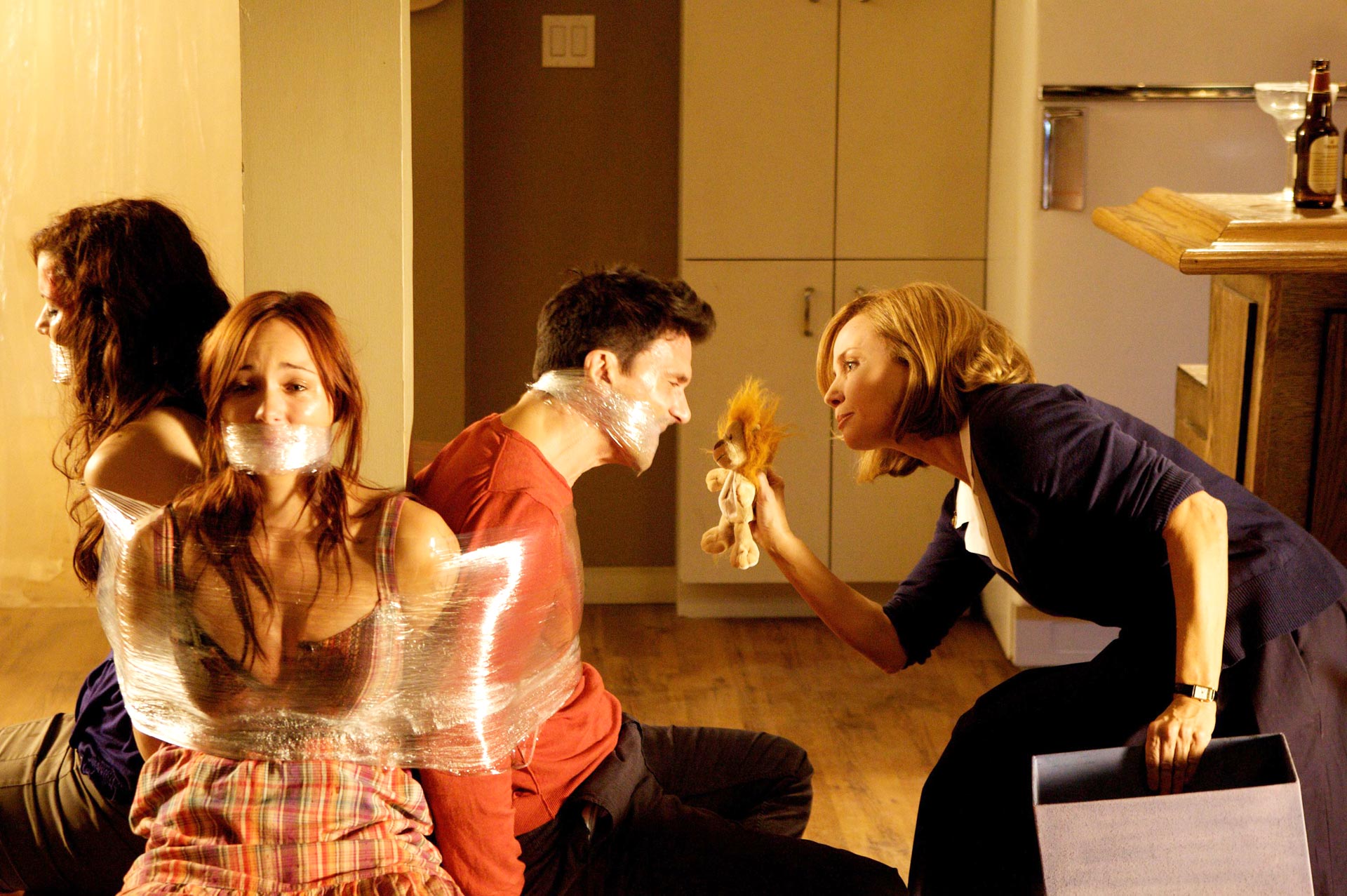 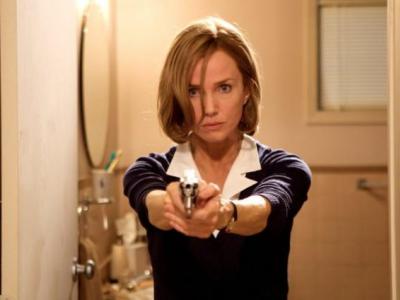 One of the great things about writing about films is that occasionally you both get to watch a film that, despite all of your expectations, turns out to be pretty good and then you get to tell other people about it!  Case in point: Mother’s Day.

Mother’s Day opens with two memorable scenes.  In the first scene, we watch as a mysterious woman sneaks into a hospital and kidnaps a baby out of the maternity ward.  When a guard attempts to stop her, he ends up with a knife driven into his throat.  While we’ve seen similar scenes in other horror movies, it’s rare that we’ve ever seen this scene handled as well as it is in Mother’s Day.

The second scene opens with an almost intrusive close-up of a woman (played by Jaime King) sobbing as she stares at herself in a mirror.  Again, it’s not that we haven’t seen this scene in other horror films.  Instead, it’s the fact that Jaime King so totally throw herself into those sobs.  We believe her tears and immediately, we want to know why she’s crying and we want to know how she’s connected to that baby being kidnapped from the hospital.  In just two scenes, Mother’s Day captures our attention and, once it grabs a hold of us, it doesn’t let go for the next two hours.

It turns out that King and her husband have just bought a new house and, on one stormy night, they’re throwing a party with a few of their closest friends.  It quickly becomes obvious that, regardless of how happy everyone’s pretending to be, there’s a lot of tension between King and her husband.  Something has happened in the past that no one wants to talk about…

Suddenly, three heavily armed men barge into the house and take everyone hostage.  The three of them are brothers and they’ve just robbed the bank.  The youngest has been shot and is bleeding to death on the couch.  The oldest brother explains that they’re looking for their mother.  She used to live in the house before King and her husband bought it.  The brothers didn’t know that theyir mother had been kicked out of the house and they’ve been mailing money to the address for the past few months.  When King and her husband claim that none of the money ever showed up at the house, the brothers call their mother and soon, mom shows up to take control of the situation.

Mom is named Natalie and she’s played by Rebecca De Mornay.  From the minute she shows up, it’s obvious that Natalie is both obsessed with her children and that she’s totally and completely insane.  Continually switching between being sweet and psychotic, Natalie is a thoroughly frightening and disturbingly believable monster.  De Mornay wisely underplays Natalie’s more showy moments and prevents the character from becoming just another stereotypical movie psycho.  Instead, she’s the type of villain that we can easily imagine meeting in the real world.  Needless to say, that makes her a hundred time more frightening than any faceless killer with a machete.

Mother’s Day, which was made in 2010 but not released in the U.S. until earlier this year, is a remake of low-budget, 1980 horror film.  This is a rare case where the remake is about a thousand times better than the original.  Director Darren Lynn Bousman keeps the action moving at a perfect pace and the film’s cast (which includes True Blood‘s Deborah Ann Woll in a showy role) creates a disturbingly credible gallery of rogues and victims.

Mother’s Day is a rarity — a horror remake that not only deserves to be seen but which is so good that the original might as well just be an afterthought. 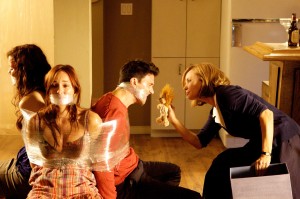