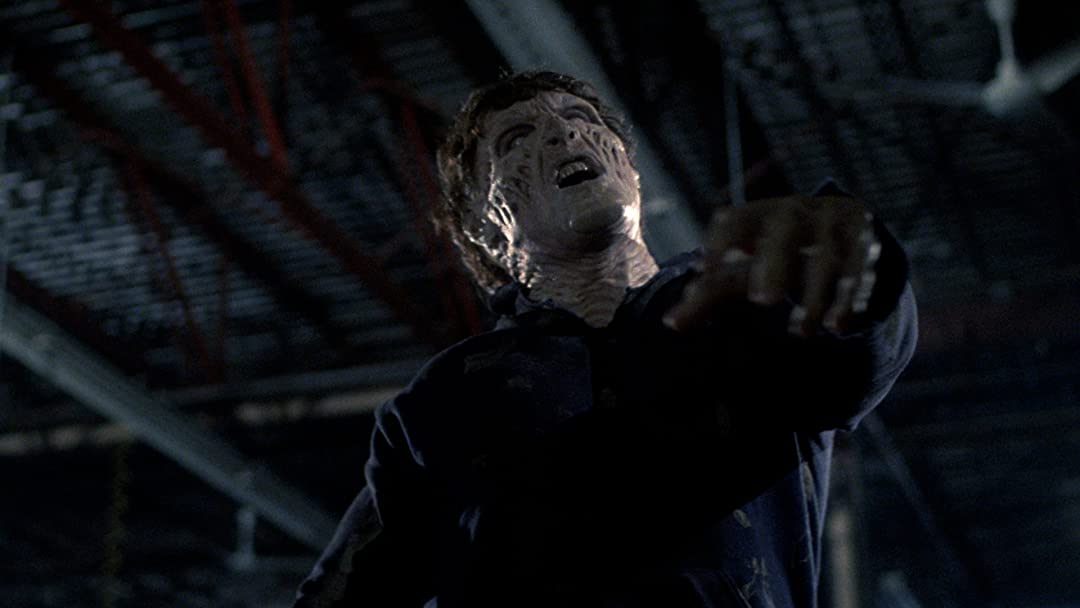 Muscle-bound teen Tony Washington (played by Jon-Mikl Thor) is a good kid with a bright future as a baseball player. Or, at least, he would be if he hadn’t got run down by a bunch of rich kids who were out joyriding. Now, Tony’s dead and the neighborhood is without a big, muscular protector. (One the last things that Tony did before he died was thwart a robbery at the local liquor store.) Fortunately, the local voodoo priestess performs a ceremony and brings Tony back to life. Unfortunately, Tony is now a zombie who just spends his time slowly stalking around the neighborhood and seeking revenge on those who killed him. Soon, dead teenagers are showing up all over the place.

Zombie Nightmare is a low-budget Canadian film from 1987. It’s one of those direct-to-video horror movies where every scene is poorly lit and the sound goes in and out. You know the type. However, it also features none other than Adam West, playing a police detective with a dark secret. Interestingly enough, while everyone else in the cast is busy either hamming it up or stiffly reciting their lines, Adam West gives a surprisingly serious performance. It seems odd that an actor who was best known for making fun of his image would take a film like Zombie Nightmare seriously but that’s what West does. If you only know Adam West from the roles where he played an exaggerated version of himself, Zombie Nightmare is a real eye opener. Give credit where credit is due. Despite the film’s low-budget, bad script, and the poor quality of most of the actors around him, Adam West actually gives a pretty good performance. There’s a twist involving his character that doesn’t make any sense but Adam West somehow manages to pull it off.

Of course, Adam West aside, Zombie Nightmare is a pretty bad movie. Jon-Mikl Thor was a musician who provided the film with its own thudding, heavy metal soundtrack. He wasn’t much of an actor so there’s really not that much difference between Tony as zombie and Tony as a human. Because there’s not much of a plot, the film is full of padding and several slow motion sequences. There’s one scene where one person, in the process of fleeing Tony, literally runs past an unlocked door that would have led outside and to safety. That’s good for a laugh. Otherwise, with the exception of Adam West giving an actual performance, Zombie Nightmare is fairy forgettable. It may be a nightmare but it won’t haunt your dreams.