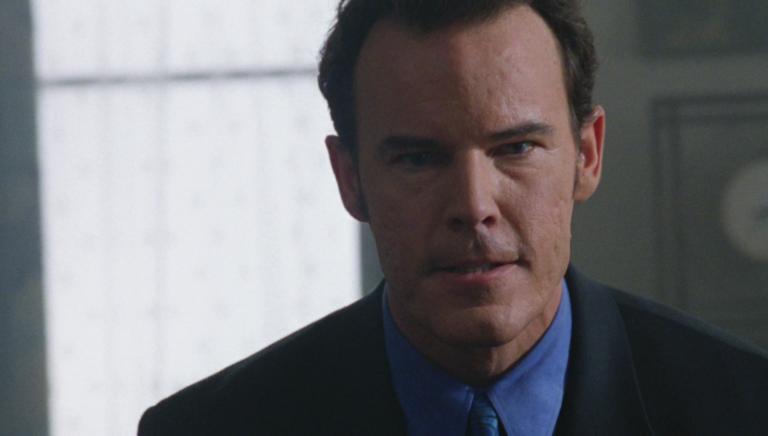 Do you all remember Wishmaster?

Played by Andrew Divoff, the Wishmaster was a genie (or a djinn) who made his film debut in the 1997 film of the same name. The Djinn’s schtick is to randomly approach people and say something like, “Would you like to be rich?” or “Would you like all of your enemies to suffer?” He grants wishes but he does so in ironic ways. So, if you say want to be rich, you might very well turn into someone named Rich who is on the verge of getting hit by a bus. If you say that you want to escape from your mundane life, you might end up in a straight-jacket under water, struggling to perform one of Harry Houdini’s signature escapes.

I rewatched Wishmaster last night and what I immediately discovered was the the Djinn wasn’t really that good at his job. He pretended to be clever in the way that he would fool humans but, honestly, it often seemed less like he was tricking people and more like he really wasn’t playing fair. Take the security guard who made the mistake of wishing for an escape. As I just mentioned, The Djinn immediately put him underwater in a straight-jacket. But the guard’s wish was not to have to escape. The guard’s wish was to simply escape. So, putting him in a life-and-death situation and telling him to figure it out for himself wasn’t fulfilling the guard’s wish. It just seemed like the Djinn wanted to drown someone and he decided to use his wish-granting job as an excuse.

The guard, by the way, was played by Tony Todd, one of the many horror icons who appeared in small roles in Wishmaster. (Today, Tony Todd is best known for the Final Destination films but, when Wishmaster came out, he was known for playing the Candyman.) Among the other cameos:

From Friday the 13th, Kane Hodder played a security guard who made the mistake of saying that he wished he could see the Djinn try to walk straight through him.

Day of the Dead’s Joseph Pilato played a crane operator.

Sam Raimi’s brother, Ted Raimi, showed up long enough to get crushed by a crate.

And finally, Robert Englund played the somewhat pretentious professor who was responsible for bringing the Djinn to America in the first place.

As you can probably guess by looking at all of the cameos, Wishmaster is not a film that’s meant to be taken seriously. It’s often deliberately campy. Wes Craven may have produced it and was undoubtedly responsible for recruiting many of the actors who appeared in it but the film’s direction was handled by special effects maestro, Robert Kurtzman and he puts more emphasis on the visual effects than on any sort of serious exploration of the somewhat random series of events that make up the film’s storyline. Of course, when seen today, the film’s special effects look a bit cheap but, for many viewers (like me!), that’s actually a part of the film’s grisly charm.

Wishmaster does have a plot but it’s not particularly important. The Djinn tries to make Alexandra (Tammy Lauren) make three wishes so that he can unleash the forces of Hell. Why he spends all of his time granting wishes to other people instead of just concentrating on Alex is never really explained. It may be an often dumb movie but it’s also undeniably entertaining when taken on its own terms. Andrew Divoff is enjoyably sinister as the Djinn, playing the character with a sarcastic wit to go along with his evil schemes. It’s a fun movie to watch, even if it does feel like it was basically slapped together in a handful of days.

You should always be careful what you wish for but Wishmaster is still an entertaining piece of 90s horror.