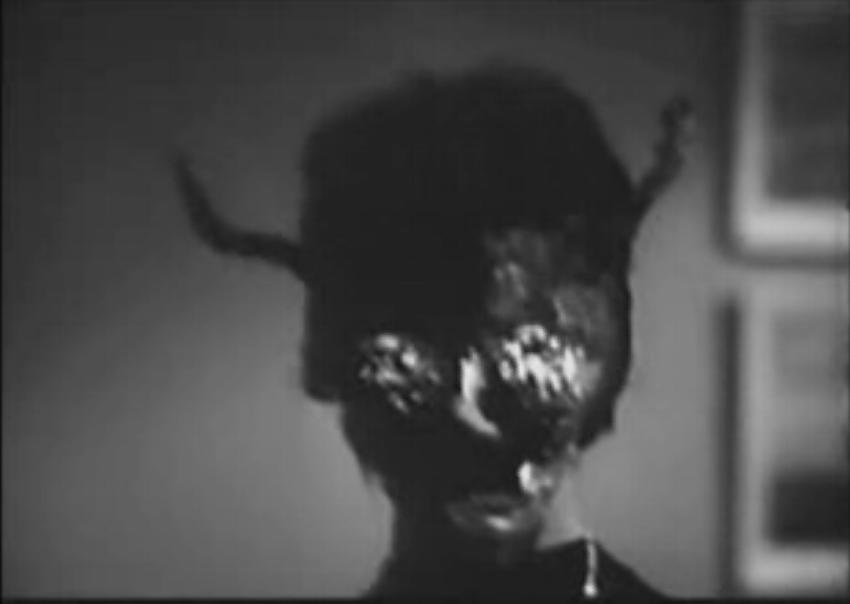 I mean, let’s just be honest about that. No one wants to get older. No one wakes up in the morning and thinks to themselves, “Yay! I’m one day closer to death!” People do not celebrate the appearance of a wrinkle or a laugh line. No one is happy when their vision gets blurrier or when they start to ache more and more frequently. No one wants to get old! That’s a simple truth and it’s the truth that is at the heart of the 1958 film, The Wasp Woman.

Directed by B-movie maestro Roger Corman, The Wasp Woman tells the story of Janice Starlin (Susan Cabot). Janice owns a cosmetic company. She’s made a fortune helping people defy their age. Unfortunately, the company’s sales are down because Janice herself cannot defy the passage of time. She’s looking older and apparently, people across the world are saying, “Why would I buy makeup for a mortal? I only buy my makeup from ageless mythological goddesses, who never age.”

So, Janice does what anyone would do. She tries to find a way to stop herself from getting old. When she discovers that a scientist is experimenting with using the enzymes from the royal jelly of a queen wasp to reverse the aging process, she agrees to fund his work. However, she has one condition. She has to be the test subject …. which, now that I think about it, makes absolutely no sense. Surely Janice could hire someone else to be the test subject before undergoing a highly experimental and unproven scientific process herself. I mean, Janice is extremely wealthy! Or maybe Janice could just hire a model to be the new face of her company. Or she could retire and take her millions to Europe and spend the rest of her life living in luxury. My point is that it seems like Janice is acting a bit impulsively here.

Anyway, Dr. Eric Zinthrop (Michael Mark) reluctantly agrees to Janice’s demands. He really needs the money, I guess. And if Janice dies, it’ll just means that he’ll probably go to prison for life. He certainly won’t ever be allowed to experiment with any more wasps. Is anyone in this movie capable of thinking ahead?

At first, the experiments seem to work. After one weekend, Janice looks 20 years younger! However, there is an unfortunate side effect. Janice occasionally transforms into a wasp/human hybrid! Uh-oh! That’s not good….

Clocking in at barely 70 minutes, The Wasp Woman is an entertainingly daft movie. As I’ve already pointed out, this is one of those movies where so much drama could be avoided if people would just consider the possible consequences of their actions. That said, the pace is fast and Susan Cabot is enjoyably bitchy in the role of Janice. The Wasp Woman costume manages to be both ludicrous and effective at the same time. Laugh? Scream? Why not do both!?

In the end, this is a silly but entertaining movie. If nothing else, it proves that sometimes it’s best just to accept that no one stays young forever.

One final note: This film has a great poster, even if it is totally misleading.