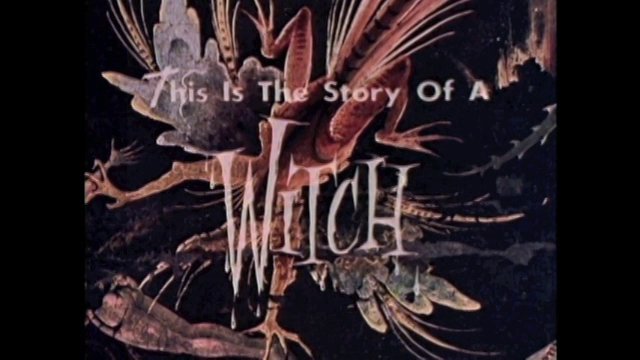 The 1964 film, The Naked Witch, opens with a prologue that explains the role of witchcraft throughout the ages. That, in itself, is not surprising. A lot of supernaturally-themed films opens with a prologue that’s designed to give the film some sort of historical basis. It’s one of the oldest tricks in the book. Give your cheap film some credibility by claiming that it’s “based on a true story.”

What sets The Naked Witch apart is that the prologue just goes on and on. For ten minutes, we stare at Bosch paintings while an officious sounding narrator discusses the history of witchcraft. The paintings are effectively macabre but it all goes on for so long that you can’t help but get the feeling that the prologue was mostly added to pad out the running time. It’s almost as if director Larry Buchanan was basically admitting that he didn’t really have enough of an actual story to justify a feature-length running time. Of course, this shouldn’t come as a shock to anyone who is familiar with Larry Buchanan’s filmography.

Once the narration finally ends, we find ourselves watching The Student (Robert Short) as he drives through central Texas. The Student suddenly takes over the narration, telling us that he’s driving through the Texas German Counties. He’s visiting towns and counties that were founded by German settlers. The townspeople all have German names. Most of them still speak German in private. They all dress like they’ve just returned from a night at a Munich beer hall. Interestingly enough, these counties and towns do actually exist, though I’ve never seen anyone casually wearing lederhosen or a dirndl in Central Texas. Of course, this film was made a bit before my time so maybe that used to be a tradition back in 1964. Maybe people stopped doing it after The Naked Witch came out. Or, even more intriguingly, maybe people stopped doing because The Naked Witch came out. We’ll probably never know for sure.

Anyway, the Student is kind of an idiot because he manages to run out of gas while driving out in the middle of nowhere. I guess it didn’t occur to him to fill up the tank before trying to drive through a largely empty stretch of land. Leaving his car behind, he manages to walk to the real-life town of Luckenbach, Texas. He’s shocked to discover the none of the townspeople want to talk about long-dead witch that was supposedly buried in town. Why, it’s almost as if the people of Luckenbach understand that it’s not a good idea to brag about living under the threat of a supernatural curse.

Largely due to the Student’s stupidity, the Witch (played by Libby Hall) comes back from the dead. She’s naked, which I imagine was probably the film’s main selling point back in 1964. The Witch wants revenge on the descendants of the people who put her to death. The Students just wants to hook up with The Witch.

And that’s really pretty much it. Even by the admittedly low standard set by Larry Buchanan’s other films, the plot of The Naked Witch is pretty much impossible to follow. It’s incoherent and yet, strangely enough, that incoherence sometime works in the film’ favor. The atmospheric Texas landscape, when combined with the overly theatrical performance of Libby Hall, gives the film a dream-like feel. Even the fact that the film features three separate narrators all contribute to the movie’s surreal style. At its best, The Naked Witch is an existential mood piece. At its worst, it’s just a really bad, zero-budget drive-in movie.

The Naked Witch is an odd film but, if you’re looking for a ten minute history on witchcraft followed by a Texas travelouge, the film might be for you.