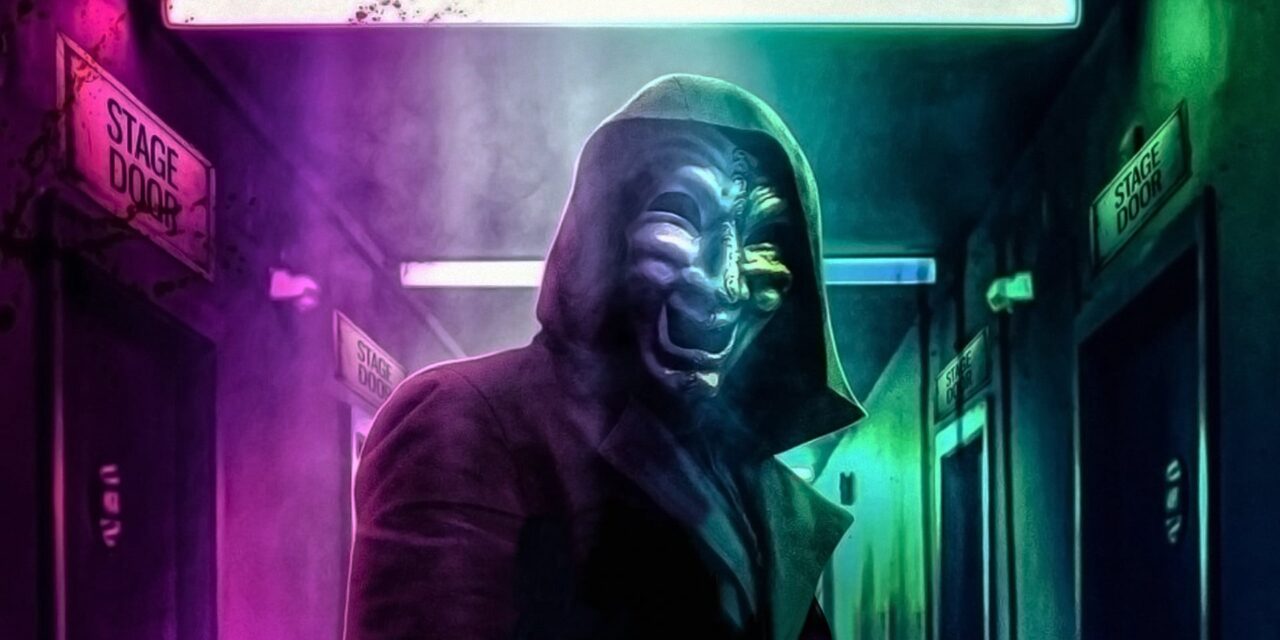 Myles (Steve Vanderzee) is a once-hot comedian whose career has been going downhill ever since 1) his wife died in a car accident and 2) he started taking medication to control his moods. Myles has now gone from playing packed comedy clubs to appearing in sleazy dives where he’s regularly cheated out of getting paid.

However, it appears that Myles finally has a chance to get back up on top! He’s been booked as the opening act for an egotistical comedy superstar! All Myles has to do is deliver one good set and his life will no longer be a joke. The only problem is that there’s a dead body in Myles’s dressing room and the staff of the theater is disappearing one-by-one. There’s a murderer stalking the theater and, at times, it seems like only Myles can see him. Is Myles — who hasn’t taken his pills — losing it or is there really a killer in the wings?

That’s the question asked by 2020’s The Last Laugh. It’s an intriguing question and the premise has a lot of promise but, unfortunately, the execution leaves even more to be desired. Not only are the victims rather generic but you also never really feel as if you know Myles. The film doesn’t show us much of his act so you really don’t know if the guy’s even all that funny. Since a lot of the movie hinges on whether or not Myles is willing to blow his shot at stardom in order to expose the murderer, it would be helpful to actually care about whether or not Myles becomes a star or not. Unfortunately, Myles isn’t really that likable or interesting of a character so who cares?

I did like the fact that the people behind The Last Laugh paid homage to some classic Italian horror films. Several of the shots of the killer creeping through the theater appeared to pay homage to Michele Soavi’s StageFright and there’s also a clever shout out to the Short Night Of The Glass Dolls at the end of the film. Unfortunately, there’s not really enough to the plot of The Last Laugh to make it memorable and the ambiguous ending will probably leave most viewers angry rather than intrigued. (Personally, I usually like ambiguous endings but, in this case, it just felt a little lazy.)

The Last Laugh has promise but it doesn’t really live up to it.