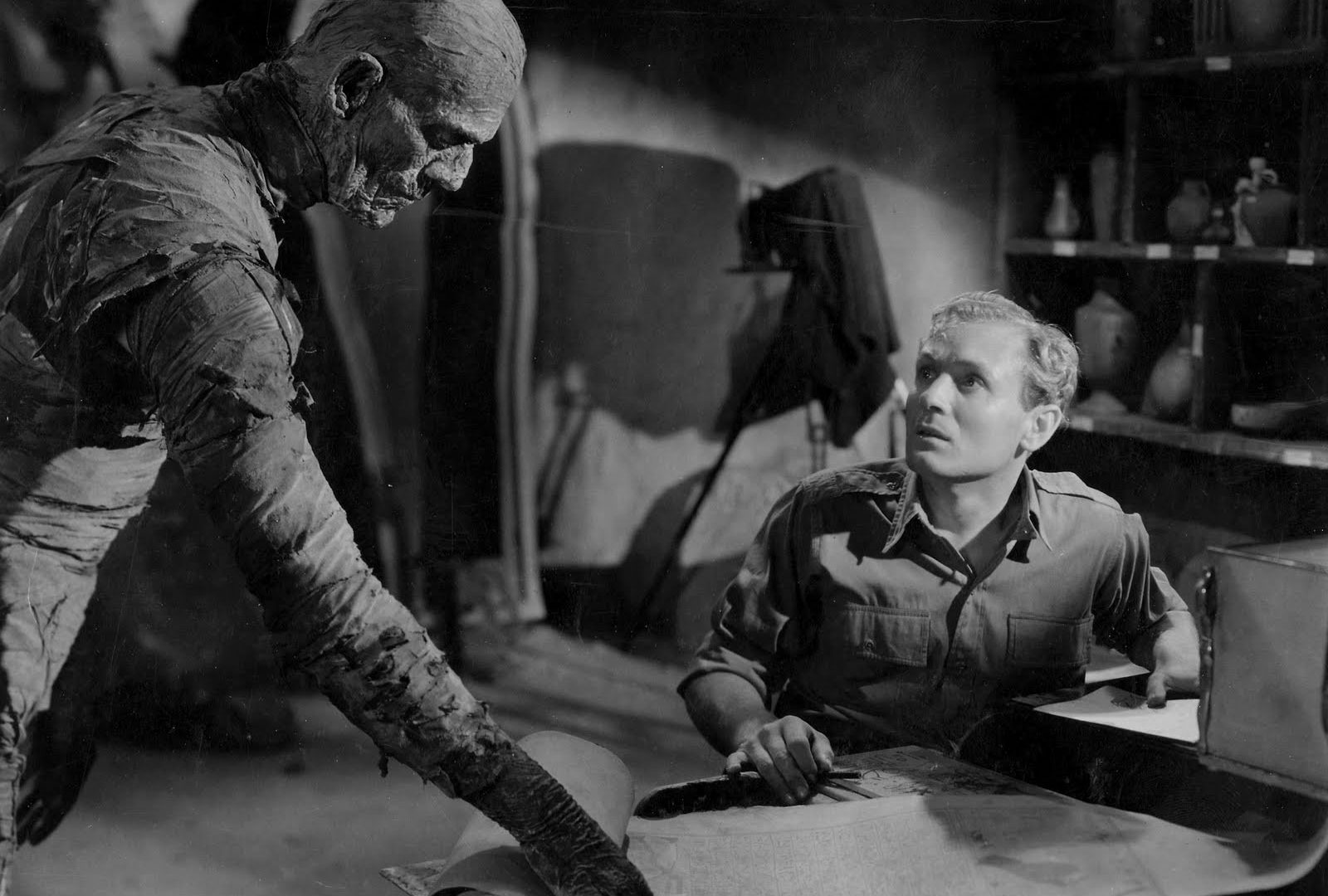 Did H.P. Lovecraft enjoy movies?  I’d love to think that he did but in all probability, he didn’t.  After all, Lovecraft frequently wrote, in both his fiction and his personal correspondence, that he found the modern world to be “decadent.”  He was not a fan of technological development, viewing it as being the source of civilization’s decline.

And, really, that’s a shame.  Of the many horror films released by Universal Pictures in the 1930s, The Mummy was perhaps the most Lovecraftian.  The bare bones of the film’s plot could have easily been lifted from one of Lovecraft’s stories: a group of rational and educated men are confronted with an ancient evil that defies all reason.  When the title character is brought back to life by a man foolishly reading from the fictional Scroll of Thoth, one is reminded of not only the Necronomicon but also of the dozens of other fictional-but-plausible texts that have appeared in the works of both Lovecraft and his successors.  Just the sight of the Mummy coming back to life causes one man to have an immediate nervous breakdown, a fate shared by almost every Lovecraft protagonist who was unfortunate enough to learn about Cthulhu, Azathoth, and the truth concerning man’s insignificant place in the universe.

The story of The Mummy goes something like this:  In ancient Egypt, a priest is caught trying to bring his dead lover back to life and, as punishment, he is mummified alive and locked away in a tomb.  Centuries later, a group of explorers discover the tomb.  The mummy comes back to life and, ten years later, he abducts the woman (played by the very beautiful Zita Johann) whom he believes to be the reincarnation of his former love.

I’ve watched The Mummy a few times and one thing that always surprises me is how little we actually see of the Mummy as a mummy.  After he’s accidentally resurrected by Ralph Norton (Bramwell Fletcher), the Mummy steps out of his sarcophagus and stumbles out into the streets of Cairo, leaving a now insane Norton to giggle incoherently about how the mummy just stepped outside for a walk.  That is pretty much the last time that we ever see the Mummy wrapped up in bandages.  When we next see the Mummy, he’s going by the name Ardath Bey and he bears a distinct resemblance to Boris Karloff.

Karloff gives one of his best performance as the sinister and calculating Bey.  Of all the horror films that were released by Universal in the 1930s, The Mummy is perhaps the only one that can still be considered to be, at the very least, disturbing.  That’s largely due to the fact that, as played by Karloff, Bey is the epitome of pitiless and relentless evil.  I’m always especially shaken by the scene in which Bey uses his magical powers to make a man miles away die of a heart attack.  It’s not just the fact that Bey has the power to do something like this.  It’s that Bey seems to get so much enjoyment out of it.  There’s a sadistic gleam in Karloff’s eyes during these scenes and his expression of grim satisfaction is pure nightmare fuel.

Just compare Bey to the other Universal monsters: The Invisible Man was driven insane by an unforeseen side effect of his formula.  Frankenstein’s Monster was destructive because he didn’t know any better.  The Wolf Man spent five movies begging people to kill him and put him out of his misery.  And while Dracula was certainly evil, he had as many limitations as he had power.  He couldn’t go out in daylight.  He was easily repelled by both crosses and garlic.  He often didn’t do a very good job of hiding his coffin.  Ardath Bey, on the other hand, was not only evil but apparently unstoppable as well.

The rest of the cast is pretty much overshadowed by Karloff but fans of the old Universal horror movies will enjoy picking out familiar faces.  They’ll recognize David Manners from Dracula.  Edward Van Sloan also shows up here, fresh from playing Van Helsing in Dracula and Dr. Waldman in Frankenstein.  But ultimately, it is Karloff who dominates the film and that’s the way it should be.  There’s a reason why Boris Karloff could get away with only his last name appearing in the credits.  He was an icon of both cinema and horror and The Mummy reminds us why.

For a film that was first released over 90 years ago, The Mummy holds up surprisingly well.  There have been countless movies about homicidal mummies over the years but none have yet to match the original. 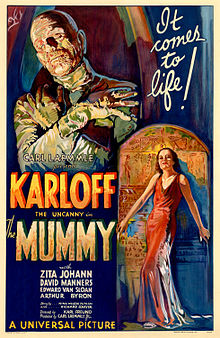