The Bunker Game, which made its debut on Shudder earlier this year, opens with what appears to be a bit of alternate history worldmaking.   The viewer watches a black-and-white documentary that imagines a world in which the Nazis conquered Europe during World War II but, ten years after Germany’s victory, the United States dropped an atomic bomb.  As a result, Europe is now an atomic wasteland.  A handful of survivors managed to find shelter in an underground Italian bunker that was built by Mussolini in the 30s.  The underground society is an authoritarian one, where mad scientists experiment on the citizens and storm troopers seem to be around every corner.  However, there is a small rebellion brewing….

Sounds potentially interesting, right?  Well, don’t get too attached to the alternative history spin because, within the first few minutes of the film, it’s revealed that the people in the bunker aren’t actually citizens of an authoritarian state and, while the Bunker is indeed real, the rest of Europe is just fine.  Instead, the Bunker is full of LARPers, people who have spent a good deal of money so that they can spend a week pretending to be …. well, Nazis.

Now again, this sounds like it could be potentially interesting.  Why would a group of people pay money in order to enter a real underground bunker and pretend to be some of the most evil people who have ever existed?  It’s an intriguing premise but, just as with the alternate history angle, don’t get to attached to it because it doesn’t take long for the film to abandon the whole LARPing plot.

Instead, The Bunker tells a fairly standard story about a handful of people who find themselves isolated in the now-deserted Bunker.  When one of their friends disappears, they split up to search for him and soon, some sort of supernatural force is killing them one-by-one.  The group is made up of identifiable types.  One person is quirky.  Another person is serious and professional.  Another one is too uptight and obviously destined to go crazy before the movie is over.  For the most part, the film focuses on Laura (Gaia Weiss) and her cousin, Harry (Mark Ryder).  Harry is determined to leave the Bunker and never again deal with any LARPers.  Laura, meanwhile, finds herself strangely drawn to the Bunker, even once it becomes obvious that something is killing all of her friends.  Most viewers will probably be able to guess where this is all going.

That said, The Bunker gets the job done.  The underground bunker is a wonderfully creepy setting and, even if they are playing types, the cast still does their best to bring their characters to life.  Though it’s hard not to regret that the film didn’t do more with its potentially interesting plot, director Roberto Zazzara does a good job of creating and maintaining a properly ominous atmosphere.  For what it is, The Bunker works well enough.  One can regret that it’s not thematically challenging while also acknowledging that, whatever flaws the narrative may have, the film still gets the job done.  Those who are just looking for a well-made horror film will probably enjoy The Bunker. 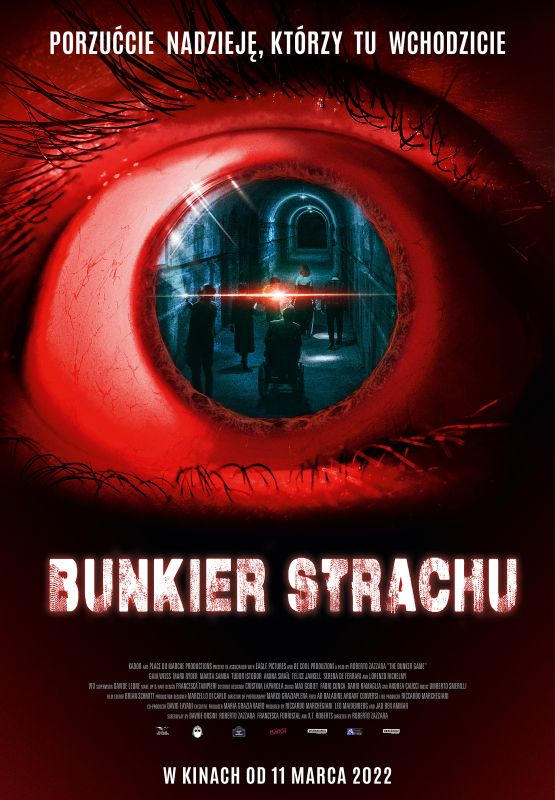