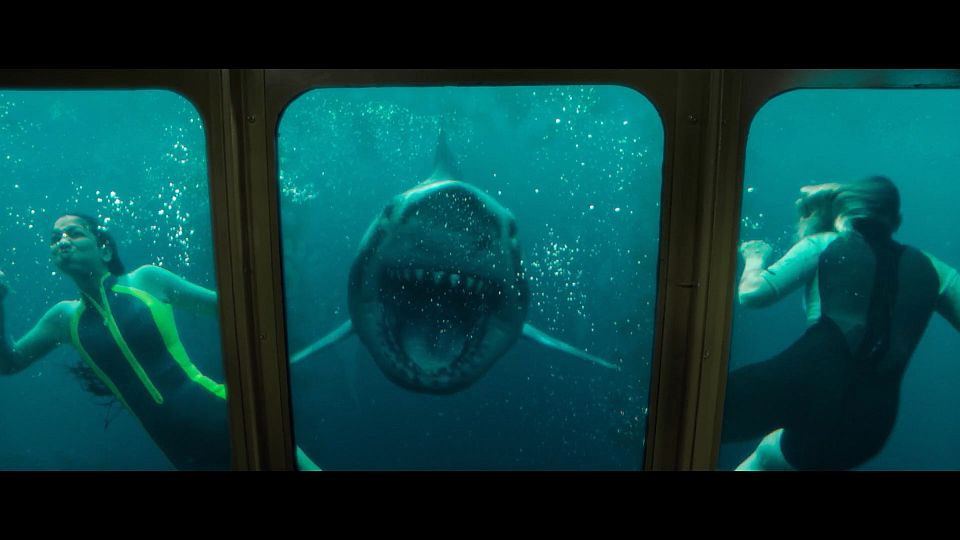 Let us take a moment or two to give some thought to the poor, misunderstood shark.

Sharks have a reputation for being the most dangerous predators in the ocean but, for the most part, sharks just swim around and eat whatever is in front of them.  They are certainly not harmless but they’re also not the clever, calculating monsters that they’ve been made out to be.  As opposed to what all the sequels to Jaws have told us, sharks do not stalk people.  They do not seek revenge.  They do not look at certain humans and think, “That is my mortal enemy.”  A shark will not follow you from New England to the Caribbean just because you’re the widow of the man who killed its cousin.  Sharks look scary and, certainly, you should stay out of the water if one of them is swimming nearby.  But, for the most part, the only thing that one needs to have to avoid being attacked by a shark is common sense.

Unfortunately, none of the characters in the 2019 film, 47 Meters Down Uncaged, have any common sense.  The film tells the tale of Mia (Sophie Nelisse) and her stepsister, Sasha (Corrine Fox).  Mia and Sasha are both students at a new school in Mexico.  Their father, Grant (John Corbett), has been exploring a submerged Mayan city.  Along with their two friends, Alexa (Brianne Tju) and Nicole (Sistine Stallone), Mia and Sasha decide to spend the weekend scuba diving and exploring the ancient city.  The girls have a good time looking at all of the mummies and the sacrificial chamber.  Unfortunately, a great white shark shows up to ruin their fun.  The simplest solution would probably be too leave the city but, because the girls keep screaming and accidentally knocking stuff over, they soon find themselves trapped in the newly collapsed city.  Not only have they upset a shark but they’ve managed to destroy a bunch of valuable historical artifacts.  Way to go!

47 Meters Down: Uncaged was sold as being a sequel to 47 Meters Down, the Mandy Moore/shark film that came out in 2017.  However, other than having the same director, the only thing that the two films have in common is that they both spend a lot of time underwater and they both feature a shark.  In fact, I’m not even sure if they get down to the 47 meters in Uncaged but that’s just because, as an American, I find the metric system to be extremely confusing.  The original 47 Meters Down also had a slightly interesting premise and a good performance from Mandy Moore.  47 Meters Down: Uncaged, on the other hand, is just about four girls who did something incredibly stupid and then did something else incredibly stupid and then just kept on doing every stupid thing that came to mind.  Most people will be cheering for the shark.

That said, it should be noted that Johannes Roberts definitely uses that shark for all that its worth.  The film’s characters may be stupid but the shark itself is scary and generates its share of effective jump scares.  This is one of those diabolically clever sharks that knows how to hide behind corners until someone swims by.  As I mentioned at the start of this review, that’s not exactly realistic shark behavior but it’s definitely effective movie behavior.  The scenes where the shark suddenly emerged from the darkness definitely made jump.  The scene where one of the girls attempted to climb out of the cave and then fell into the water in super slow motion made me laugh.  There’s something to be said for a film that can make you both jump and laugh.

One final note: the sharks lived in that submerged Mayan city for over a hundred years without damaging anything.  Mia, Sasha, and their friends visit the city for less than an hour and manage to destroy the place.  Remember that the next time anyone says anything against the sharks. 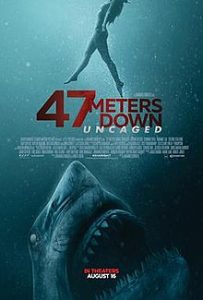