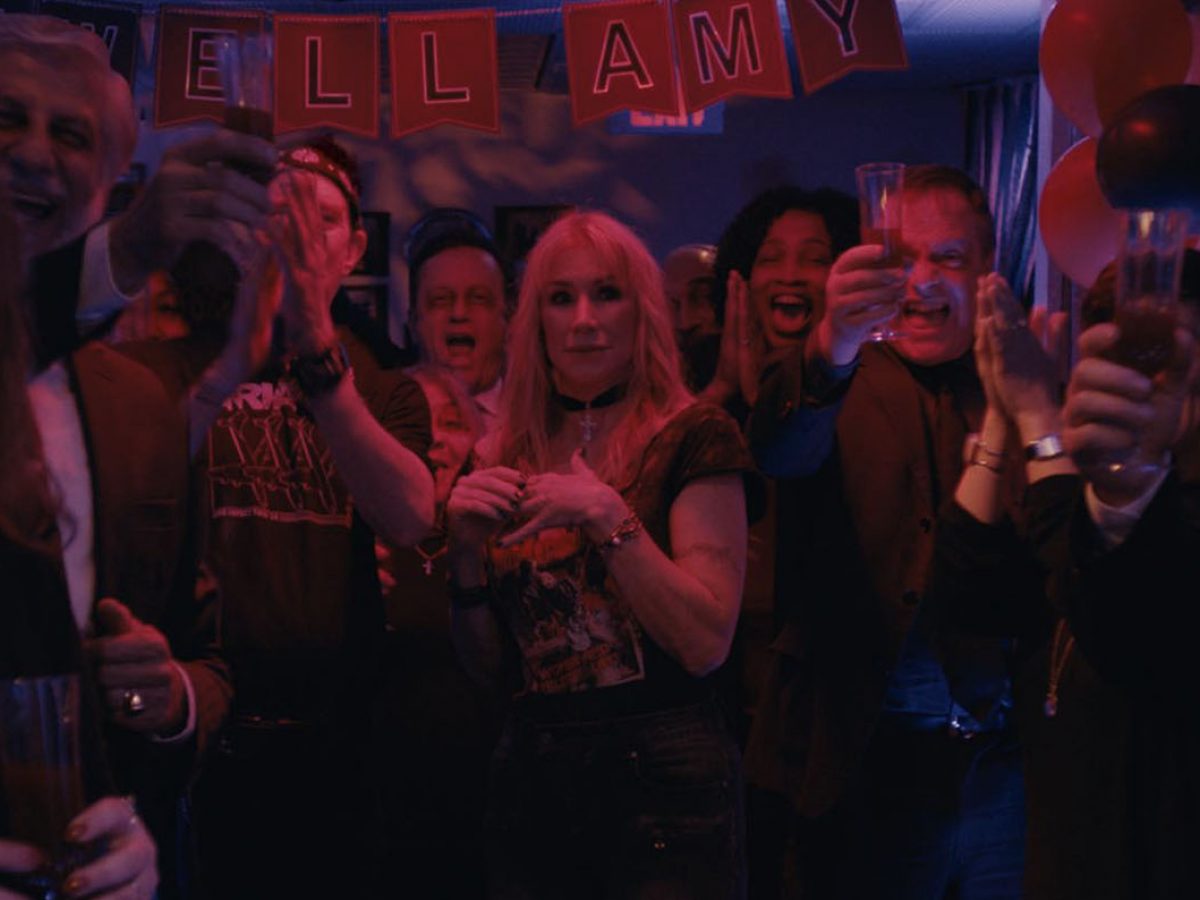 Ten minutes to midnight.  That’s when Amy Marlowe (Caroline Williams) starts her late night radio talk show.  Most hosts like to start at the top of the hour but Amy wants the extra ten minutes so that she can experience one day changing to the next while on the air.  That was the way that she explained it years ago when Bob (William Youmans) first hired her.

Now, 30 years later, Amy is about to have the worst night of her life.  When she arrives at the station, Bob asks to see her.  He introduces her to Sienna (Nicole Kang), who is just out of  college and who has basically been hired to replace Amy.  Bob expects Amy to train her.

If that wasn’t bad enough, Amy was also bitten by a vampire bat while on her way to the station.  She slapped a bandage over the bite and she headed to her job like a true professional.  But now, she’s seeing things.  She’s not sure what’s real and what isn’t.  When she catches her usually supportive producer, Aaron (Adam Weppler), giving Seinna a pep talk, Amy isn’t sure if she’s really hearing his words or if she’s just imagining them.  When she attacks and bites Seinna in the studio, is she really doing it or is it all in her mind?  The night deskman (Nicholas Tucci) tells her that she might have rabies but that he also can’t allow her to leave the station to see a doctor because a storm is approaching and he has to keep her safe.  Soon, Amy is on the floor of the bathroom, sucking blood off a used tampon. (Ewwwwww!)   When Amy starts to kill people, is she really killing them or is she just imagining it?  If she really is killing them, why do they keep showing up and acting as if nothing strange has happened.  Soon, Amy is skipping back and forth in time.  Sometimes, the people at the station seem to worship her.  Other times, they all seem to hate her.  But regardless of how they feel, there’s no way they’re going to let Amy leave without throwing her a retirement party….

“What the Hell is going on!?” seemed to be the general response of many of the people who I have talked to who have watched Ten Minutes to Midnight came to a close and, indeed, it’s not always an easy film to follow.  At things progress, it becomes increasingly difficult to keep track of who is dead and who is still alive.  Is Amy in the present or the past?  Is Amy in the real world or is she trapped in her mind?  Was she even bitten by a bat in the first place or is it that just another part of her delusion?  It’s hard to say but then again, I think it can be argued that it doesn’t really matter.  The plot is deliberately confusing, just as reality often tends to be.  After 30 years, Amy is being pushed out because she’s over 50 and she won’t sleep with the boss.  She is someone who loves to witness the changing of the day and now, she’s changing into being forgotten, overlooked, and abandoned by everyone she works with and eventually by everyone whoever called her show for advice.  If she seems to be struggling with her perception of reality, that’s perhaps because reality doesn’t seem to be worth all of the outrage, heartache, and trouble.  It plays out like a particularly dark episode of The Twilight Zone or Night Gallery.  Was any of the effort worth it? the film seems to ask as Amy prepares to be forgotten by a world that is always relentless in its demands for something new.

It’s a good film, one that will challenge the audience perhaps more than they’re used to being challenged.  Ten Minutes to Midnight often threatens to get lost in its own narrative complexity but Caroline Williams gives a strong performance that manages to keep the movie from sinking.  It’s intriguingly weird. 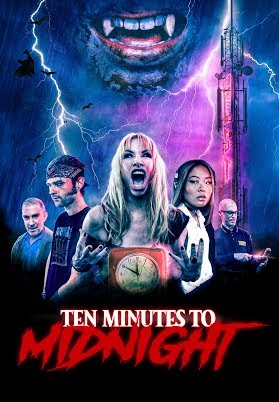