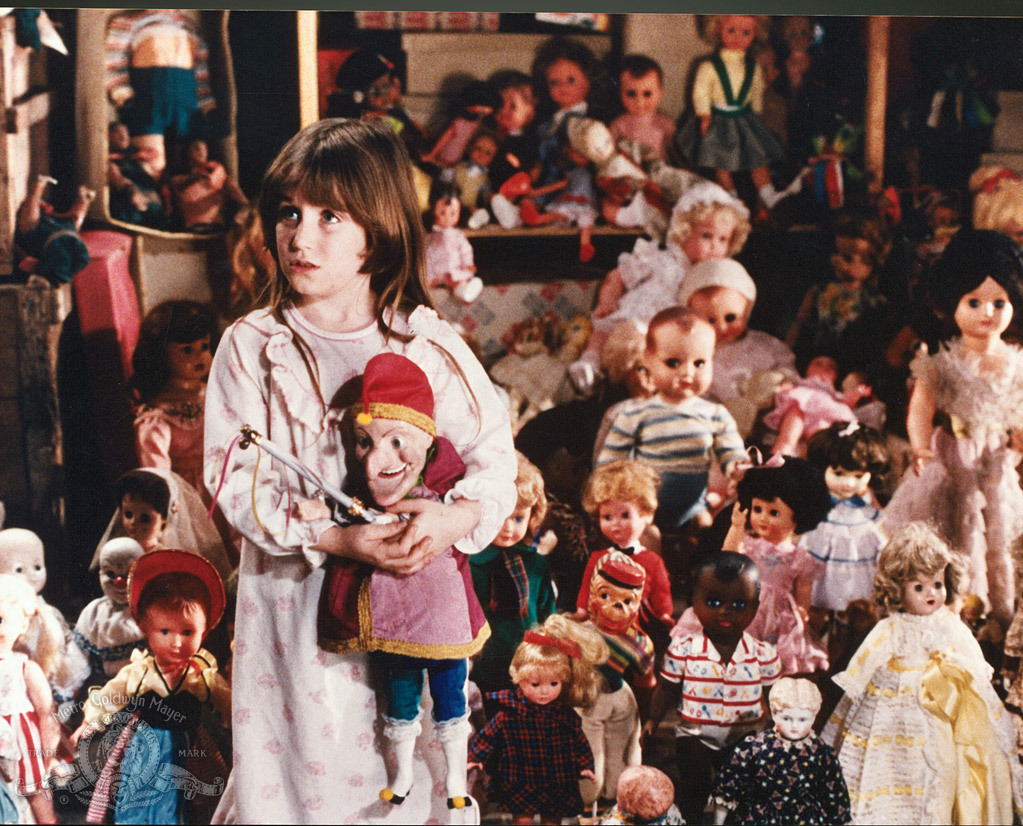 Sitting out of the middle of nowhere, there’s a house. And in this house, there lives an old man and an old woman. They appear to be very friendly, the type who will open up their house to anyone needing a place to stay and have a cup of coffee. They make dolls for a living. They make the type of dolls that smirk at you whenever you trip and that glare at you whenever you say that you don’t care about toys. They’re living dolls and they’re actually kind of vicious. Don’t get on their bad side.

That’s the mistake that a few people make when they arrive at the house on one stormy night. Two punk rock girls with exaggerated British accents make the mistake of trying to find something to steal. Uh-oh, here come the dolls! A self-centered man and his wife make the mistake of not caring about their daughter. The dolls aren’t going to stand for that!

The dolls, however, do like the daughter. And they appear to be willing to tolerate Ralph, the goofy traveling salesman who made the mistake of picking up the two punk rock girls while they were hitchhiking. Will the dolls continue to like the daughter and Ralph or will they eventually turn on everyone in the house? They may be small but you seriously do not want to get these dolls mad.

First released in 1986, Dolls is a seriously strange movie from director Stuart Gordon and producer Charles Band. There’s a lot of good things to be said for Dolls. The house is atmospheric. The dolls are truly creepy. The movie does take the characters and the dolls in some unexpected directions. But the movie’s tone is all over the place. It starts out as a broad comedy before then turning into a surprisingly violent and bloody horror film and then it turns into this strangely macabre family drama. The movie can’t seem to decide whether it wants you touch your heart or scar your soul. Imagine Home Alone if the movie kept all the heart-warming stuff but then had the kid kill the burglars and laugh while do so and you have some idea of what the tone of Dolls is like.

It’s an odd film but it’s hard not to like. Stuart Gordon’s direction is energetic and, since the movie only has a running time of 77 minutes, the whole thing feels like an extra weird episode of Tales From The Crypt or The Twilight Zone. Even the film’s mix of humor and disturbing violence feels strangely appropriate, as if the film itself is an adaptation of a particularly grisly fairy tale.

Watch Dolls and you’ll never look at a toy the same way again!