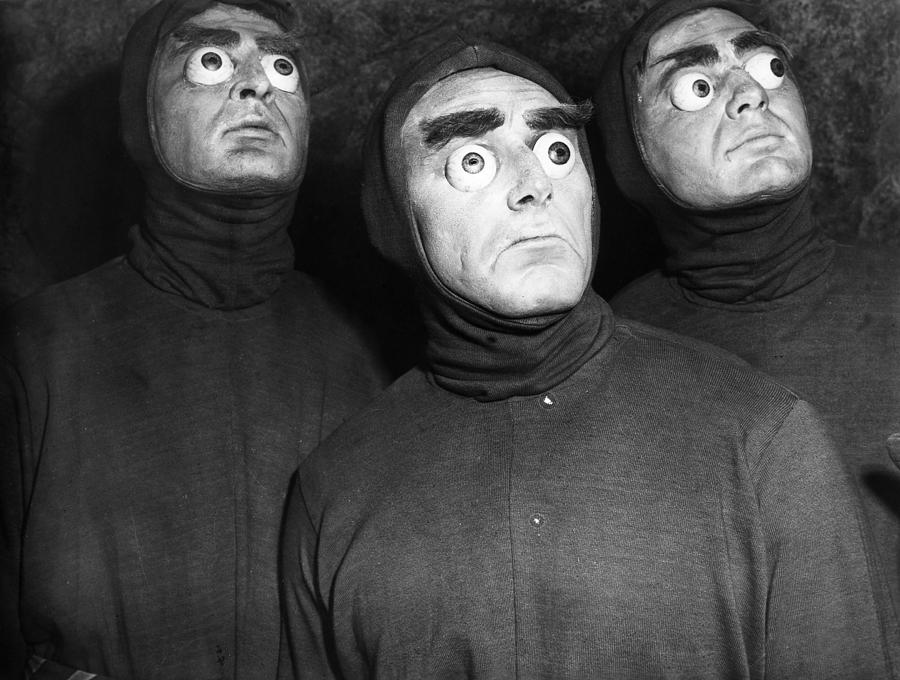 This is the one with the googly-eyed aliens.

Seriously, Killers From Space was released in 1954 and, in many ways, it’s typical of the sci-fi B-movies that were released at the time. A nuclear scientist (Peter Graves) crashes the airplane that he’s flying. Everyone thinks that he’s dead but, a day later, he shows up at the army base. He says he can’t remember anything about the crash but once he’s put under hypnosis, he remembers being abducted by a bunch of aliens. No one believes his story but Graves knows what happened and he’s determined to thwart the aliens before they can sap away all of Earth’s energy. And by Earth, I mean America because this film is from 1954 and every character in the movie understands that there’s only one nation that matters!

With a running time of only 70 minutes, it’s a standard alien invasion flick. It’s perhaps a bit distinguished by the presence of Peter Graves, who handles his role with dignity. And the film is also somewhat notorious for being one of the many B-movie to be directed by Lee Wilder, the brother of Billy Wilder. Billy Wilder won Oscars. Lee Wilder made movies like Killers From Space.

With all that in mind, the main thing that people remember about this film are the aliens and …. well, who can blame them? Seriously, look at them!

I mean, obviously they’re just big googly eyes and half the time, they don’t even fit correctly. You can probably buy eyes like that for yourself if you really wanted to. But still, the image of those big eyed aliens is undeniably creepy! You may quickly forget most of what happens in Killers From Space. It’s not that memorable of a film, to be honest. But you will never forget those eyes!