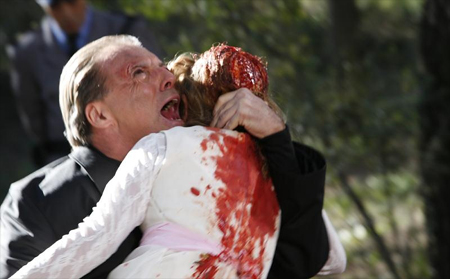 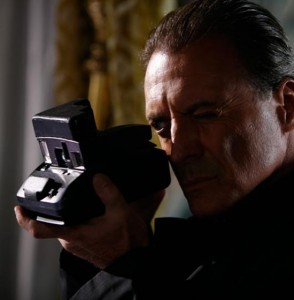 One of the most often repeated stories about the tribes that live along the Amazon River is that, when they first met “civilized” explorers, they refused to have their pictures taken because they feared that that the camera would steal their souls.

Now, I’m not sure if I believe that story.  It sounds like one of those stories that’s just a little bit too perfect and metaphorical.  But, it’s still a neat idea because, when you think about, cameras really are fascinating devices.  They literally freeze time and they produce images that are full of details that you might have originally missed.

Smile deals with a group of European college students who are taking a road trip through Morocco.  Our eight friends are all equally attractive, equally shallow, and equally destined for a bad end.  Seriously, as soon as they first appear, driving through the desert in a jeep and doing bong hits, you know that they’re all doomed.

Clarissa (Harriet McMasters-Green) is determined to photograph the entire trip but, when her camera is stolen, she’s forced to search for a replacement.  Luckily, she comes across a mysterious man (played by veteran actor Armand Assante) who is willing to give her an old camera.  Of course, Clarissa accepts his offer and, needless to say, the camera is like totally cursed.  It turns out that Assante is a former crime scene photographer and anyone who has his or her picture taken with the camera will subsequently die…

Smile is hardly a perfect film but I enjoyed it for what it was.  The characters are just shallow enough that it’s not upsetting when they all start getting killed and Gasperoni makes good use of the desolate Moroccan setting.  The idea of the haunted camera is a clever one and Assante is properly menacing.  While the film might occasionally be somewhat predictable and the film’s plot is pretty much dependent upon every character doing the stupidest thing possible, the film does feature an effectively mean-spirited ending.

(Again, it helps that none of the characters in the film are all that likable.)

As much as I was hoping that it would be a throw back to the classic Italian horror films of Bava, Argento, and Fulci, Smile really can’t begin to compare.  That said, Smile is entertaining for what it is.  At the very least, it won’t steal your soul. 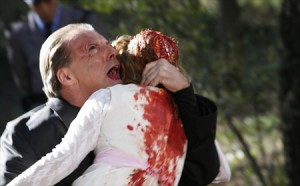