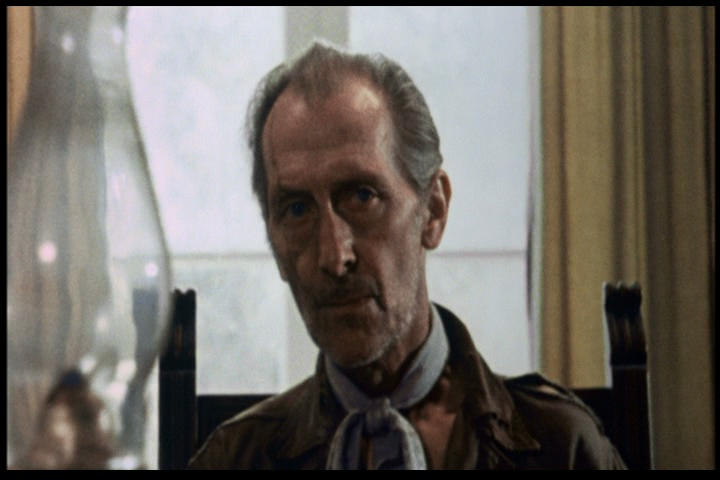 With today being the first day of October, I found myself thinking about some of my favorite zombie films.  One which came to mind immediately was Ken Wiederhorn’s low-budget but effectively disturbing 1977 film, Shock Waves.

In Shock Waves, a group of tourists find themselves shipwrecked off the Florida coast.  As they wander through the isolated, swampy terrain, they happen to come across a decaying mansion that is inhabited by one very mad scientist (Peter Cushing).  It turns out that Cushing is a Nazi war criminal who, during World War II, created the Death Corps., an elite unit of zombie super soldiers.  As World War II came to an end, Cushing somehow ended up in Florida and, unfortunately for the living, he brought the Death Corps. with him.  And now, with the arrival of the castaways, the undead have reawakened…

Shock Waves is considered by many (like me, for instance) to be the best example of the small genre of film known as the Nazi Zombie film.  (Though I have to admit that it’s not my favorite Nazi zombie film.  That honor would have to go to Jean Rollin’s delightfully weird Zombie Lake.)  Admittedly, once you get past the idea of underwater zombies, the film is pretty predictable plot-wise.  But a certain predictability is to be expected with any zombie film.  One reason why zombies are so scary is the very fact that they are very simple and predictable.  Zombies exist solely to destroy and, beyond running and hiding, there’s not a whole lot of options available for dealing with them.  Vampires and werewolves are almost ludicrously vulnerable to all sorts of defensive moves (seriously, people, how difficult is it to wear a crucifix around your neck?) but zombies are pretty much a relentless force of disturbed nature and for a zombie film to succeed, the zombies must truly seem unstoppable.  This is where Shock Waves truly succeeds because these zombies are brutal.  There’s a lengthy montage where the zombies literally tear apart a building, searching for the castaways and it’s probably one of the most chilling sequences of destruction ever caught on film.  It helps that these Nazi zombies are truly frightening to look at, with their hair plastered to the sides of emotionless faces and their eyes hidden behind dark goggles.  Add to that, they’re Nazis.  Seriously, nothing’s scarier than Nazis.  Perhaps the most enduring image from this film is of the members of the Death Corp. emerging from the water, one after another.  It’s a remarkable sequence and probably one of the most striking “zombie mob” scenes ever.

The Shock Waves DVD that I own also features an audio commentary with director Ken Wiederhorn and a few other crew members.  It’s actually probably one of the more interesting DVD commentaries I’ve ever heard, as Wiederhorn is very honest about not being happy with how the final film turned out.  And certainly, this is one of those low budget B-films that you can pick to death.  As Wiederhorn himself points out, lead actress Brooke Adams often seems to just be going through the motions and, as effective as the Nazi zombies are, the film never explains how 1) they ended up off the coast of Florida or 2) how they haven’t been discovered before this.  But so what?  Shock Waves is one of those films that manages to be quite a bit more than the sum of its parts.  Wiederhorn might not be happy with the film but that doesn’t change the fact that he manages to create a true sense of menace and danger during the film’s first half and the second half features some of the scariest zombies ever.  Ultimately, Shock Waves is a genuinely scary and effective zombie film and one that the director has every right to be proud of.

One final note — Shock Waves opens up with one of those “This film might be based on a true story” narrations and it’s all the better for it.  Seriously, there’s no better way start a horror film. 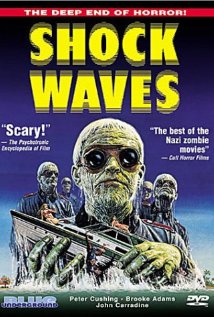