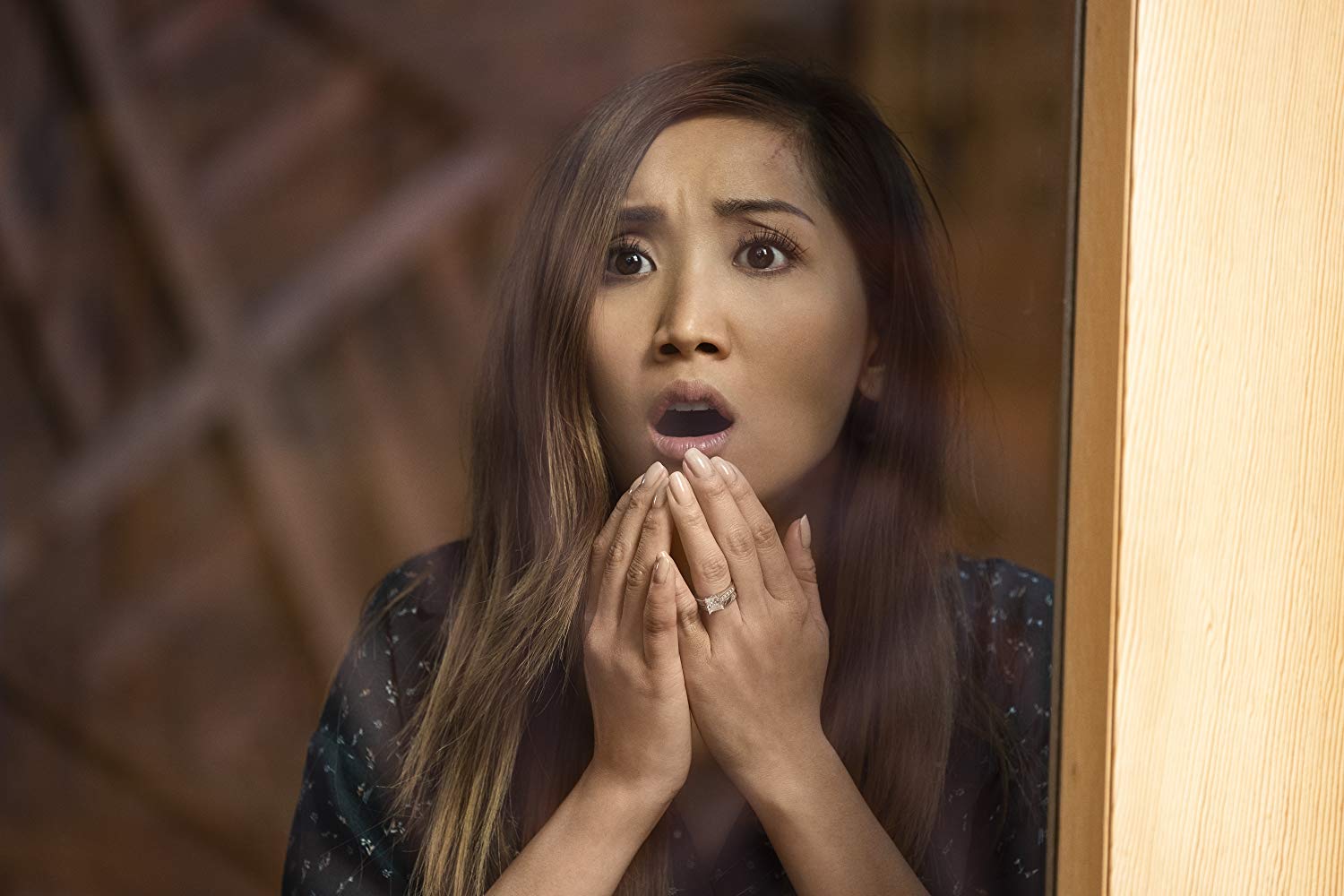 As Secret Obsession opens, Jennifer is being pursued by a knife-wielding assailant at a rest stop. Jennifer’s efforts to escape her attacker lead to her running into the middle of the road, where she promptly gets run over.

Oh. I guess this movie’s over now, right?

Nope! It turns out that Jennifer has somehow survived her ordeal! However, she’s also come out of it with a nasty case of amnesia. She remembers nothing about her previous life before she woke up in the hospital. She doesn’t know where she worked. She doesn’t know who her friends were. She doesn’t even remember that she was attacked. When Russell (Mike Vogel) shows up at the hospital and tells her that they’re married, Jennifer has no option other than to believe him.

Since Russell is obviously evil from the minute that he first shows up, I kept expecting for there to be some big scene that would reveal that Jennifer was an heiress and maybe Russell wasn’t even married to her. However, that scene never did come. Instead, it turns out Russell actually is her husband and yes, he wants her dead. We learn this early on. Unfortunately, Jennifer doesn’t really start to suspect anything until they’re already at an isolated cabin. Will Jenifer be able to save herself or not?

Secret Obsession just dropped on Netflix earlier this month. Brenda Song and Mike Vogel are both good actors and they both did a decent job of handing the melodramatic demands of the script. Plus, Dennis Haysbert brings all of his gravity and authority to the role of the detective who, while investigating the attack at the rest stop, comes to suspect that all is not what it seems. While the film has an intriguing story, it makes the mistake of revealing Russell’s villainy far too early into the film. If the film had been a bit more ambiguous about Jennifer and Russell’s relationship and had made an effort to keep us off-balance as Jennifer, it could have been a nifty little mystery. Instead, we spent the whole movie waiting for the inevitable moment that Jennifer finally figures out what everyone else know. The end result is a missed opportunity.