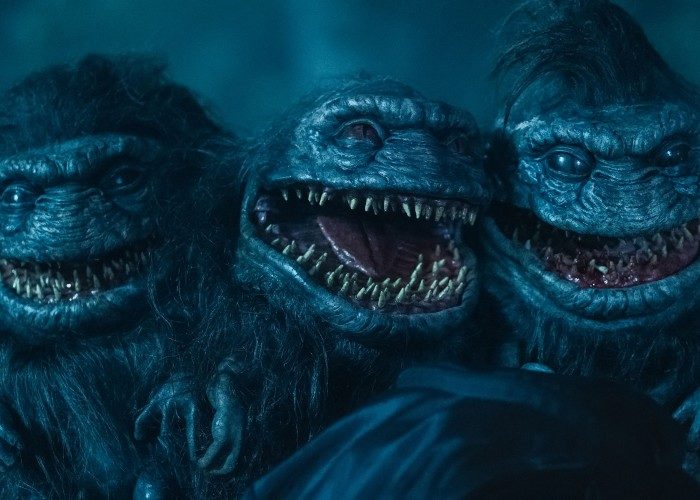 Look at those little critters, they’re so cute!

They’re small and they’re furry and they like to roll around on the ground and …. wow, those teeth look sharp.

SAVE US FROM THE CRITTERS!

Earlier today, I watched Critters Attack!, which is the fifth film in the …. well, I guess you’d call it a franchise, even though the last Critters film was made 25 years ago. Perhaps it would be better to call this a reboot. Regardless of what you call it, the Critters are back and they’re attacking.

Now, I should admit that I went into the film blind. I have not seen any of the previous Critters films, nor do I have any idea, beyond what you can find on Wikipedia, about the backstory of these rolling little killers. That said, Critters Attacks! tells a simple enough that you probably don’t have to know the full history of the previous films to understand what’s going on.

Basically, the Critters are from outer space and they like to eat people. In Critters Attack!, they lay siege to a small town and eat the majority of the cast. Tashiana Washington plays Drea, a sushi delivery girl who, unfortunately, happens to be babysitting when the Critters attack. In fact, she and the kids kind of get things off to a start when they come across the Critter Queen, who appears to be at least little bit nicer than the majority of her subjects. Of course, Drea and the kids have their own personal issues to deal with but the film is smart enough not to spend too much time on them.

From the minute that Critters Attacks! begins, it’s obvious the director Bobby Miller understands that the main reason that anyone would want to watch this movie would be to see the Critters attacking and he doesn’t waste any time making sure that the film lives up to its title. It’s also obvious that Miller understands that the other big appeal of the film is the contrast between the cuteness of the critters and the savagery of their attacks. Rather deftly, he mixes the gory carnage with some cute Critter interaction and the end result is an entertainingly dumb monster movie that you don’t have to spend too much time thinking about.