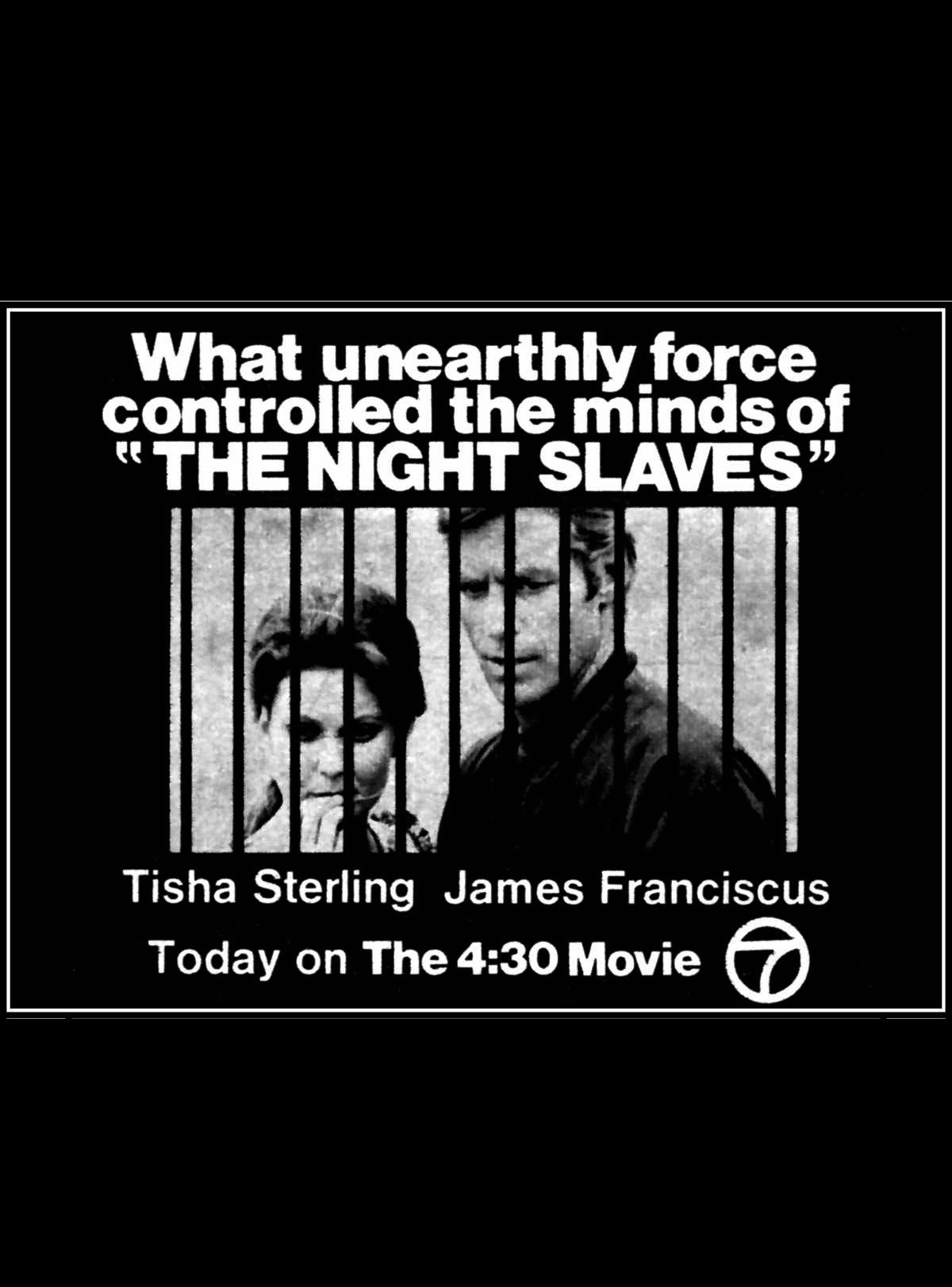 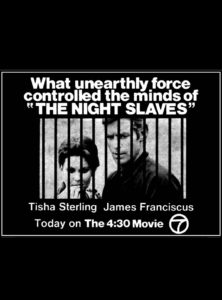 Clay Howard (James Franciscus) hasn’t been the same since he survived a catastrophic car accident.  As a result of his injury, he had to have a metal plate put in his head and now, as a result, he’s often moody and tempermental.  It’s put a strain on his marriage to Marjorie (Lee Grant).  What better way for the couple to reconnect than by taking a vacation together!

Sounds like a great idea, right?  Clay and Marjorie even find a nice little country town to stop in.  They go antiquing.  They meet the locals.  They have dinner at the local diner.  They even get to know friendly old Sheriff Henshaw (Leslie Nielsen).  It seems like a perfect vacation.  But then the sun goes down….

At night, the town changes.  Everyone, including Marjorie, seems to go into a trance.  They leave the safety of their homes.  They get in the back of a truck that take them to places unknown.  In the morning, they return and, once they snap out of their trance, they have no memory of what happened.  As far as they’re concerned, they spent the entire night sleeping.

Everyone in town appears to be effected.  Everyone except for Clay, that is.  Because he has that metal plate in his head, whatever is controlling the townspeople cannot get to him.  Determined to figure out what’s going on, he goes out at night and tries to follow the townspeople to wherever it is that they’re going.  That’s when he meets Annie Fletcher (Tisha Sterling), who also claims to not be effected by whatever is controlling the townspeople.  Working with Annie, Clay sets out to discover who is turning the citizens of the town into night slaves!  However, Annie may have a secret of her own….

Night Slaves is a made-for-TV movie that originally aired way back in 1970.  It’s only about 70 minutes long, making it feel more like an extended episode of The Twilight Zone than an actual movie.  That said, Night Slaves is a well-done film, featuring atmospheric direction from Ted Post and intelligent performances from Franciscus, Grant, and Sterling.  In all probability, you’ll guess what’s going on in the town long before Clay does but this is still an entertaining little tale of the unexpected.  It’s currently available on YouTube so check it out this Halloween!