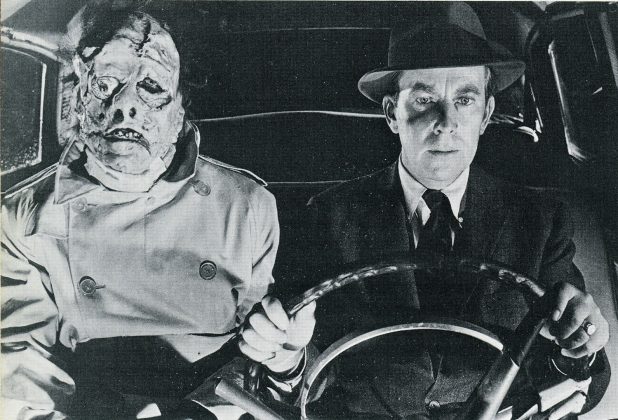 “I was a teenage Frankenstein!”

“Of course you were, dear.” 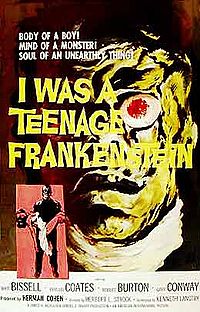 This 1957 film tells the story of Professor Frankenstein (Whit Bissell), an English scientist who comes to America and promptly sets about trying to create his own creature.  I guess we shouldn’t be surprised, considering that his name is Frankenstein and all.  Anyway, the professor is lucky enough to come across a fatal car crash.  This supplies him with exactly the dead body that he needs.  He takes the corpse to his laboratory where, with help of some spare body parts that he just happened to have lying around, he manages to bring the dead teenager back to life!

The teenager (played by Gary Conway) now looks like this:

What’s a Teenage Frankenstein to do?  Well, he can always sneak out of the lab but, whenever he does, it seems like someone inevitably ends up dead.  Obviously, Prof. Frankenstein is going to have to find a new face for his creation but from where?  Well, luckily, there is a lover’s lane nearby….

That said, I Was A Teenage Werewolf was enough of a box office success that both the werewolf and the Frankenstein makeup were later used in How To Make A Monster.