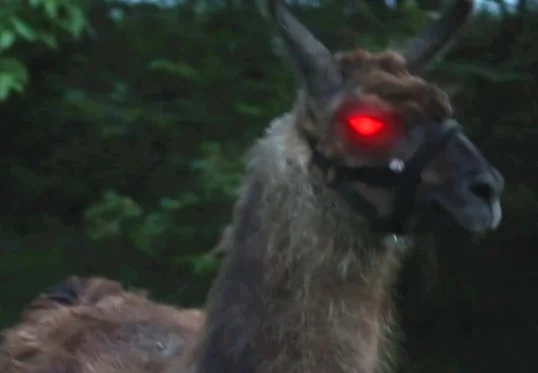 On a distant planet, the Llamas march through the desert, their eyes glowing red and their hearts full of murder.  One of the Llamas (played, according to the credits, by Louie the Llama) ends up in a trailer that turns out to be a spaceship.  And when that trailer gets off course and crashes onto Earth, it’s time for a Llamageddon!

A nice couple in the country spot the Llama standing on the edge of their property.  It must belong to the neighbors, they say.  They consider chasing the Llama back to its home but they decided not to.  After all, it’s about rain and who wants to chase a wet Llama in the rain?  Not me!

Later that night, the Llama claims its first two victims.

Well, you can see where this is going, right?

After the funeral of that nice couple, their children decide to throw a party at the house.  They call their friends and their friends bring beer, weed, and a lot of attitude.  However, the Llama brings the horror.  It turns out that the Llama can not only stomp you to death but it can also shoot red laser beams out of its eyes.  Soon, the party is in chaos as person after person falls victim to the Llamageddon….

(And one poor soul actually turns into Llama which is horrific in theory but kind of cute to watch.)

Llamageddon is a film from 2015 and it has a running time of 69 minutes.  (“Nice,” someone out there is saying.)  Considering that the end credits are padded with a rap and also a fast-forwarded presentation of the film that the viewer has just watched, I’m going to guess that running time was deliberate.  And actually, I respect that.  Llamageddon is a film that knows exactly what it is and it has a sense of humor about its very existence.  It’s a film that fully embraces the silliness of it all.

So, look …. I could sit here and I could go on and on about the acting and deliberately cheap special effects and the way that the film hints that even the cutest of animals can actually be deadly and dangerous but here is what you need to know.

It’s about a Llama from space and the Llama has the power to blow people up.

In other words, this is a film that was made for a very select audience of people who are amused by the idea of killer space llamas.  I happen to be one of those people so I enjoyed the film.  I respected the fact that the filmmakers stuck with their silly idea and they didn’t try to fool the viewers into thinking that the film was meant to be anything more than what it was.

Will you enjoy Llamageddon?  Well, like I said, it’s only 69 minutes and it’s specifically made for people who laugh out loud at the term “space llama.”  If, like me, you’re one of those people, check it out.  It’s on Prime and Tubi. 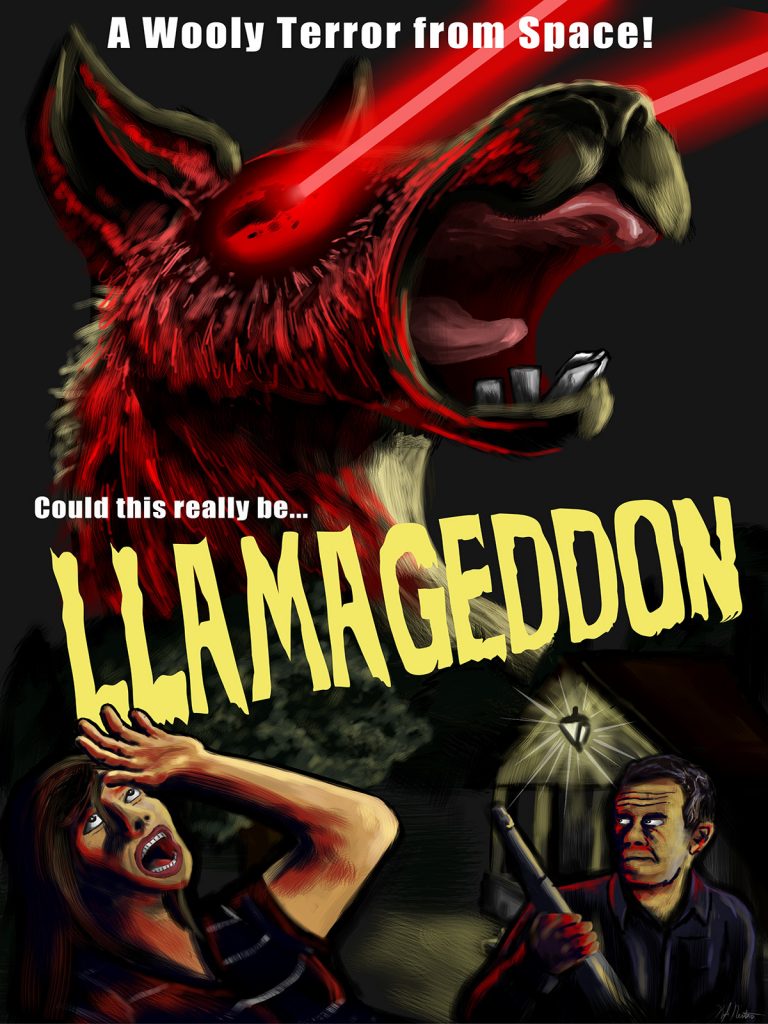