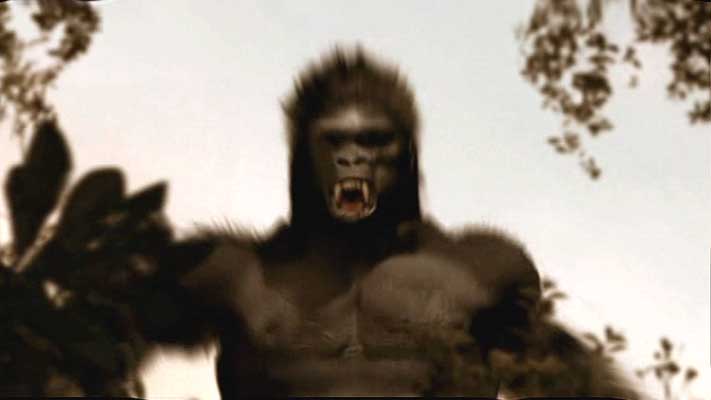 Produced by the Asylum, this 2005 film opens with a plane crashing on a remote island.  The plane splits apart on impact, leaving the back part of the plane on the beach and the cockpit lost somewhere in the jungle.  With the reluctant help of the mysterious Lt. Challenger (Bruce Boxleitner), the survivors attempt to find the cockpit and a way to radio for help.  What they discover is that the island is not only crawling with dinosaurs and giant bugs but there’s also a really big ape lumbering about.  There are also natives, who want to sacrifice the survivors to the ape.  Apparently, a sacrifice a day keeps the ape away, which is something that’s good to know if you ever find yourself stranded on an unchartered isle.

This may sound a lot like King Kong and, definitely, the film did borrow more than a little from both those films and Jurassic Park.  However, King of the Lost World has even more in common with TV show Lost.  The scenes of the survivors on the beach and often feel as if they were lifted from the show’s pilot.  (And let’s not forget that a lot of the pilot’s action actually did center around trying to find where the plane’s cockpit had ended up.)  Lt. Challenger, who carries a mysterious briefcase with him and who refuses to explain the full details of why he’s on the island, feels like he could have been one of the enigmatic Others.  Technically, though, the film is actually an adaption of Arthur Conan Doyle’s The Lost World, which one of a series of novels that Doyle wrote about Professor Challenger and his adventures as an explorer.  Prof, Challenger, it should be said, was a bit more of a sympathetic character than Lt. Challenger.

Unfortunately, King of the Lost World doesn’t really live up to any of its influences.  The giant ape and the dinosaurs are all neat in their cheap but goofy way but they are also barely in the movie.  Instead, the majority of the movie is about people wandering through the forest and arguing about whether or not they should go left or right.  When the survivors get captured by the natives, there is a slightly fun sequence where two of them get hypnotized and “go native” but even that’s only interesting for a scene or two.  If a movie promises a giant ape, it needs to deliver the giant ape for more than a minute at the start and five minutes at the end.

Usually, I am proud and not at all ashamed to defend the Asylum and their low-budget mockbusters but King of the Lost World is not one of their better films.  The movie ended with a hint of a possible sequel but, as far as I know, it never happened.  Fortunately, even if King of the Lost World didn’t lead to a franchise, the Asylum would go on to give us the Sharknado films and a lot of other fun movies as well. 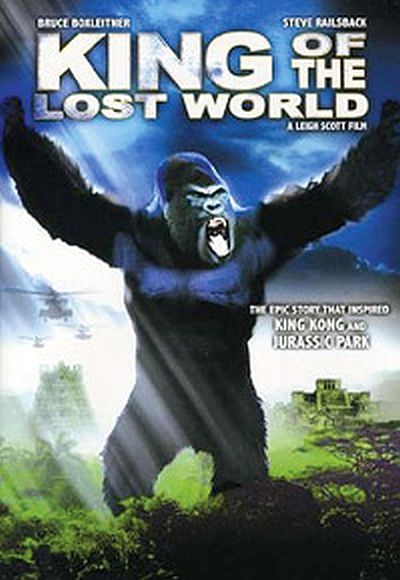