Now, don’t let the name of this 2021 film from the Asylum fool you.  Yes, the planet may be a desert.  And yes, there may be sandworms that burrow under the sand and which attack anyone foolish enough to be caught outside.  And yes, the planet is specifically referred to as being “Dune.”  Well, actually, it’s called Planet Dune but still….

That said, Planet Dune should not be mistaken for any film based on the novels of Frank Herbert.  There’s no spice.  There’s no Fremen.  There’s not intergalactic intrigue or environmental subtext.  There’s none of that nonsense with the Bene Geserits or whatever it is they were called.  There’s no Maud’Dib.  There’s no promised one.  Instead, there’s just a bunch of killer worms.  And really, that’s not so bad.  I mean, the worms are the main reason why people watch Dune, in the first place.  Planet Dune simply removed all of the extra stuff and concentrated on the worms.  Good for the Asylum!  Give the people what they want!

Planet Dune takes place in the far future.  America and Russia are rivals when it comes to conquering space.  After American Lt. Astrid (Emily Killian) defies orders and saves the life of a stranded cosmonaut, she’s put on probation and forced to command a “tug” ship.  She and her new crew are sent to Planet  Dune to rescue a previous expedition to the planet.  At first, Astrid doesn’t get along with her new crew.  They’re especially not happy when Astrid accidentally flies the tug straight into an asteroid field.  Things don’t get any better when, upon arriving on the planet, the crew is promptly attacked by the worms.  Can everyone make it back to the Tug and fly off to safety?  Will Astrid be able to resist her own addiction to — I’m not making this up — her family’s specially-brewed moonshine?  Who will make it back to the ship and what will be left of them?  It would help, of course, if Astrid could get some help but, when she requests backup, she is informed that people on probation are not sent any help, regardless of how bad the situation is.  In the future, the punishment for saving a man’s life is to be sent to a planet inhabited by killer worms.  That’s harsh!

As far as Asylum mockbusters are concerned, Planet Dune isn’t bad.  It’s actually about a hundred times better than anyone would have any reason to expect.  The film makes good use of its low-budget and the special effects are actually a bit charming in their cheapness.  It’s a bit like a live-action comic book and it’s a good deal less portentous than the official Dune movies.  It’s a fun, fast-paced movie about killer sandworms.  Really, what more could you want from a visit to Planet Dune?

Well, how about a cameo appearance from Sean Young?  Young, of course, appeared in David Lynch’s adaptation of Dune.  In Planet Dune, she plays Astrid’s boss and gets to yell at her for defying the rules.  It’s a nice little inside joke. 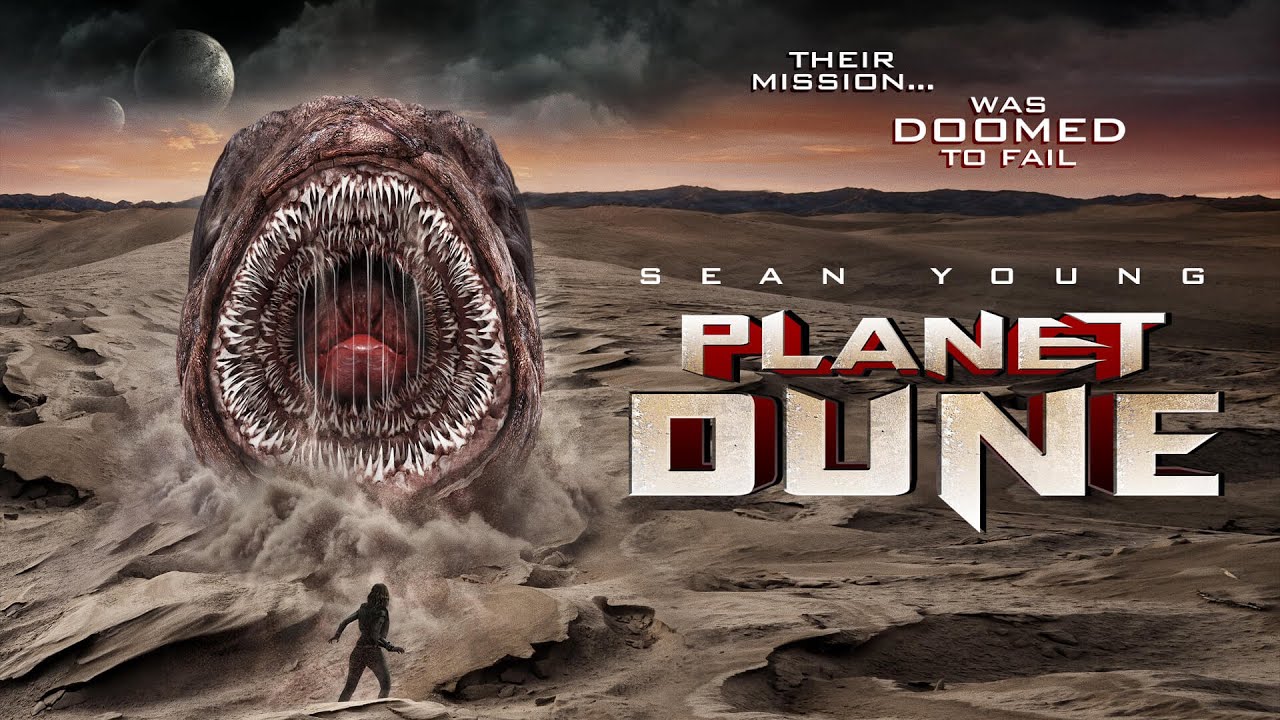