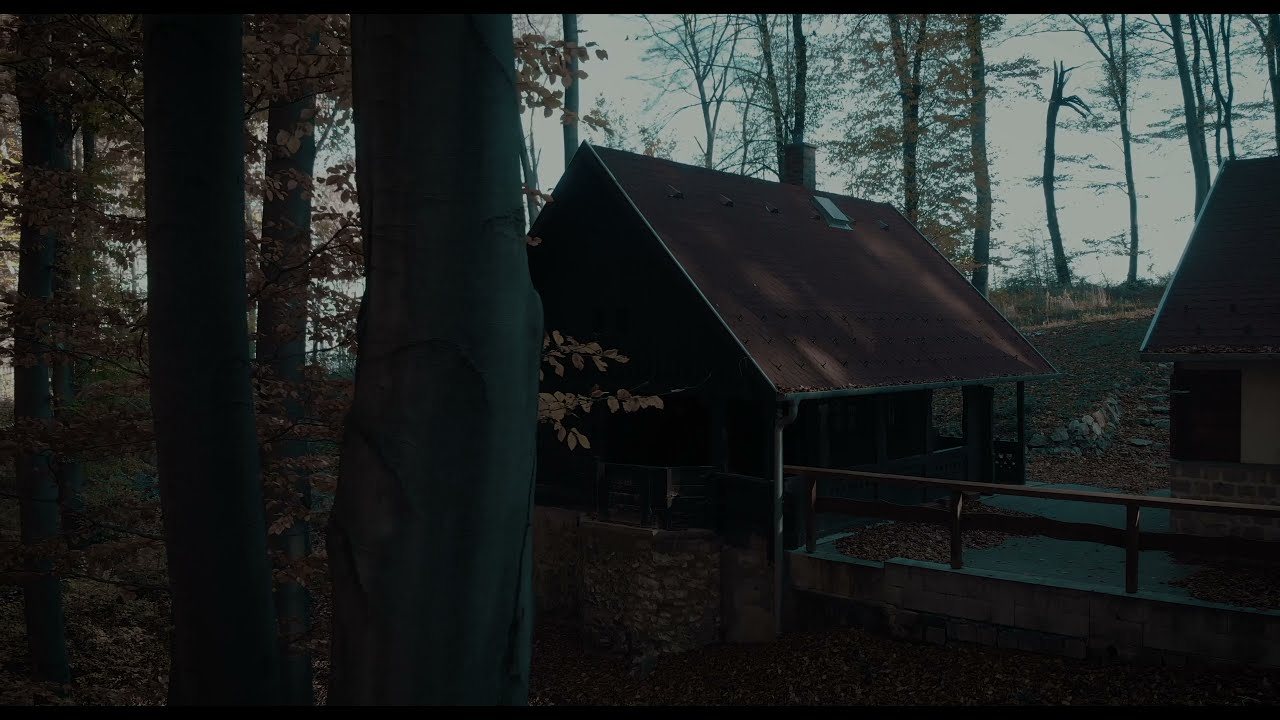 A man named Will (Gabor Varga) has a new job.  He spends his days in the wilderness, living in a small cabin and essentially keeping an eye out for anyone who might need help or who might be doing something that they shouldn’t be doing.  His only company is his supervisor, June (Laura Saxon).  He never meets June.  He just hears her voice as he spends his days exploring the forest.  Her voice sounds familiar to him, like someone from his recent past,

Will is a man hiding from the traumas of that past.  His wife died in a tragic accident.  His daughter is currently being raised by her grandfather (Larry Hankin).  Will has next to no contact with her.  He says it’s better that way.  June tells him that almost everyone who accepts a job in the forest is trying to avoid something or escape some sort of tragedy.  The forest is where people go to disappear.

June also explains that strange things are hidden in the forest,.  Will comes across creepy and deserted buildings.  He finds a backpack and makes a shocking discovery when he searches it.  Some nights, he thinks that he might see a figure in the distance trying to give him some sort of coded message.

The latest film from director Joszef Gallai, I Hear The Trees Whispering is full of atmosphere.  The majority of the film is shot from Will’s point of view.  Indeed, we never see Will’s face.  Instead, we hear his voice and occasionally, we see his hands while he’s searching for something.  It’s a technique that puts us directly into Will’s mind.  Just as he’s lost in the wilderness, so are we.  Just as he’s hearing strange noises and trying to see where they’re coming from, so are we.  It’s a technique the allows the film to capture the forest in all of it ominous beauty.  One can see why Will would want to escape to the forest while also understanding how the isolation could drive someone to the point of madness.  However, there’s another reason why the majority of the film is shot from WIll’s point of view, one that I won’t spoil beyond to say that it all pays off in an unexpected but effective twist during the film’s third act.

With a 78-minute running time, I Hear The Trees Whispering moves at a deliberate pace,  Once again, it’s a film that’s far more concerned with setting the proper atmosphere and developing the characters of Will and June than with tossing in any cheap jump scares.  The audience’s fear and anxiety comes from the fact that it’s impossible to watch the film without imagining how you would react if you found yourself in the same situation.  Would you have the courage to leave the cabin and see where the noises were coming from?  I probably wouldn’t but Will doesn’t really have a choice.  He’s as much a prisoner of fate as he is a prisoner of his tragic past.  Just as Jack Torrance was always meant to be the caretaker of the Overlook Hotel, Will was always meant to search the forest in search of answers.

As I mentioned earlier, there’s a big twist in the third act, one that I guarantee will take you by surprise and which will force you to reconsider everything that you’ve previously seen.  That’s what a good twist does!

I Hear The Trees Whispering is an effectively atmospheric thriller, one that will leave you thinking long after the end credits have rolled. 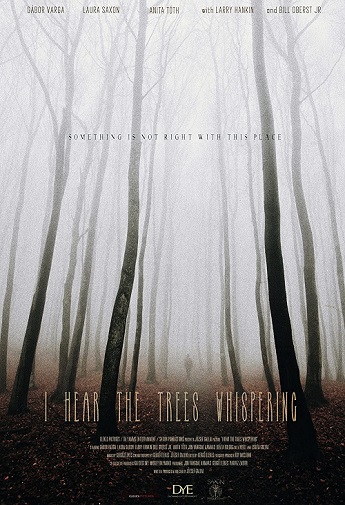