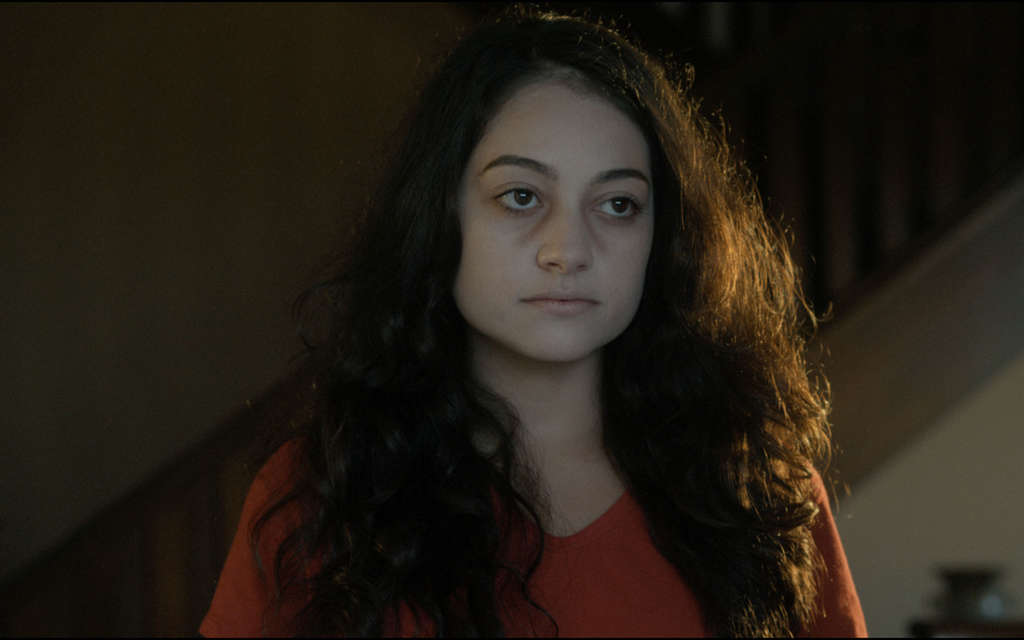 2018’s A Demon Within is yet another exorcism film.

If I sound somewhat jaded about exorcism films, that’s because I am. There’s been hundreds of them and they all seem to follow the same basic plot. A young person — usually a girl, the better to link to the idea of possession serving as a metaphor for the changes that come with the onset of puberty and adolescence — suddenly starts acting strangely and speaking in a weird voice, totally freaking out her mother. In the end, it always comes down to two people to perform the exorcism, one a believer in science and another a man of faith and, usually, the man of faith ends up getting taken out of commission, leaving it to the skeptic to finish up the ceremony. However, things are never truly finished up because, if you actually managed to truly vanquish the demons, they could never return for a sequel.

A Demon Within employs all of these usual tropes. In this case, the demon is named Nefas and she’s been haunting the same house in Crestwick, Illinois for over a 100 years. Nefas’s target is Charlotte (Patricia Ashley), the 16-year old daughter of Julia (Charlene Amoia). The man of faith is the earnest Father Donald (Michael Ehlers), who is constantly trying to set his parishioners up with babysitting gigs. (Let’s just say that it’s not necessarily a good idea to hire a girl possessed by a demon to look after your young child.) The man of science is Dr. Jeremy Miller (Clint Hummel), who is so bitter that he can’t even jog past the church without stopping to give Father Donald the side eye.

Of course, it does turn out that Jeremy has a reason for being angry at Father Donald. A previous exorcism led to the death of someone close to him. What do you think the chances are that, after Charlotte start acting all weird, Jeremy is somehow going to have to rediscover his faith so that he can play a role in yet another exorcism?

There’s nothing surprising about A Demon Within and, unfortunately, the film’s obviously low-budget keeps it from reaching the grotesque high standard set by previous exorcism films. Charlotte’s voice gets deeper and she gets a rash and some unsightly dark circles under her eyes but otherwise, this is a pretty mild case of demonic possession. (I mean, a few people do end up dead but at least Charlotte’s face doesn’t break out as badly as Linda Blair’s did in The Exorcist.) There is one nicely done scene involving a mirror but otherwise, this is a fairly forgettable example of the exorcism genre.

On a positive note, I did like the performances of Charlene Amoia and Patricia Ashley, who were believable as mother and daughter and who had a relationship that felt very real and relatable. As well, the film has a few nicely composed shots, especially at the start of the film, where the camera occasionally lingers on the streets of Crestwick or the sun setting over the countryside and you get a feeling that the film is taking place in a real place that has a real history.

A Demon Within isn’t bad as much as it’s just kind of forgettable. That said, there’s still enough talent behind and in front of the camera to keep things watchable.