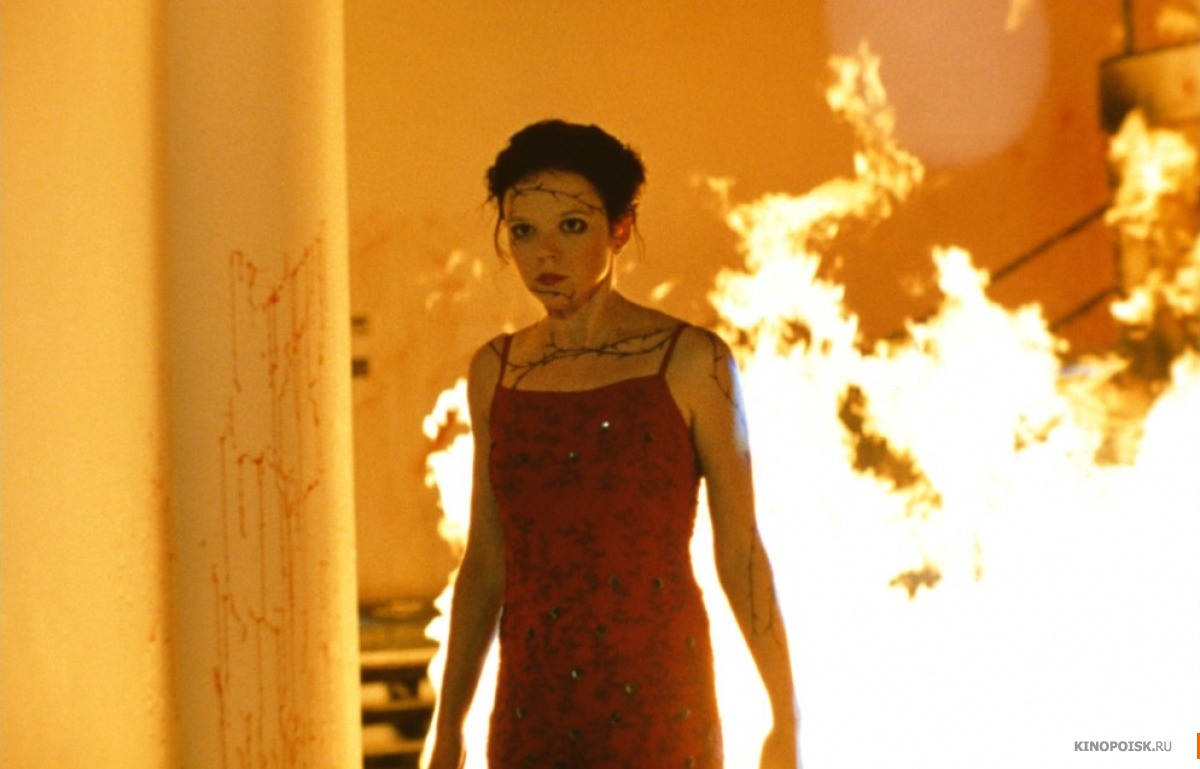 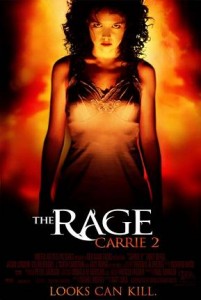 Lately, the 1999 horror sequel The Rage: Carrie 2 has been showing up fairly frequently on Cinemax and I’ve spent many an insomnia-filled night watching a wild-eyed Rachel (Emily Bergl) use her brain to kill every high school football player on the planet.  It seemed like every time I came across Carrie 2, the film was already halfway over.  For some reason, I always seemed to find the movie at the exact moment that Rachel was using a stack of CDs to decapitate some of the most obnoxious jocks to ever crawl out from underneath a cinematic rock.  However, I recently managed to catch Carrie 2 from the start and I was pleasantly surprised to discover that it’s actually a pretty good film.

In Carrie 2, Rachel (well-played by Emily Bergl) is the half-sister of the original Carrie White and, incidentally, she also shares Carrie’s powers to move and killing things with her mind.  While the old high school lies in ruins (abandoned since the first film’s apocalyptic prom), Rachel goes to the new high school which is apparently totally and completely dominated by jocks.  However, these aren’t just your typical high school football players.  No, this is the most insane collection of clean-cut young men since the beer garden scene from Cabaret.  With the exception of sensitive Jesse (played by Jason London, who is so handsome in this film that he looks like he belongs on the cover of a book), the entire football team is obsessed with deflowering every other student at the school.  When Emily’s friend Lisa (played by Mena Suvari) is rejected by moronic jock Eric (Zachary Ty Bryan — yes, the oldest Home Improvement kid), she ends up killing herself in a scene that is surprisingly effective because of both Suvari’s sensitive performance and the fact that she was named Lisa.

Seriously, folks, be nice to the Lisas in your life. 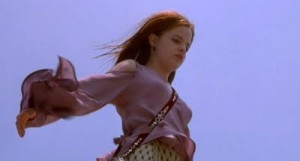 Anyway, Rachel soon starts to investigate the circumstances behind Lisa’s suicide and this leads to the jocks hatching an overcomplicated scheme to silence her.  Much as in the first Carrie, it involved humiliating Rachel at the biggest party of the year and, just as in the first film, the end result is Rachel killing a lot of people.

I’m like a lot of filmgoers and horror fans in that I’ve gotten burned by so many bad sequels to classic movies that, as soon as I see a number in a title, warning flags go up.  I tend to watch these films with the expectation that they’re going to both cheapen the original and not bring anything new to the table.  Carrie 2, while hardly a perfect film, is an exception to the rule.  No, it’s nowhere close to being as good as the original Carrie but, when taken on its own term, it’s an effective and entertaining movie.

Along with the strong performances from the entire cast (seriously, you will hate Zachary Ty Bryan’s character so much by the end of this movie), Carrie 2 is well-directed by veteran genre director Katt Shea.  Wisely, Shea doesn’t attempt to recreate the original film (despite the similarities in the two film’s plots) but instead, she brings a unique, feminist perspective to the story.  Under Shea’s direction, Emily Bergl makes Rachel into a strong, independent character.  She may be victimized but — unlike Sissy Spacek in the original — she is never a victim.

There’s a lot of scenes that stick in my mind from Carrie 2.  The film’s final massacre is outrageous and over-the-top and it’s all the more effective because of it.  (It also features death by shattered lenses and I have to admit that this myopic reviewer always cringes whenever she sees that scene.)  However, to me, Carrie 2 is most frightening when it explores the pathology behind the film’s doomed football team.  One need only watch the scene where the entire team gets their heads shaved to understand that Katt Shea looking to accomplish more here than just make a run-of-the-mill horror sequel.

And, to a large extent, she succeeded. 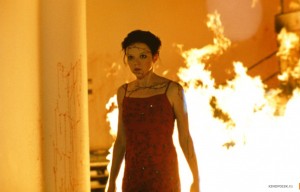