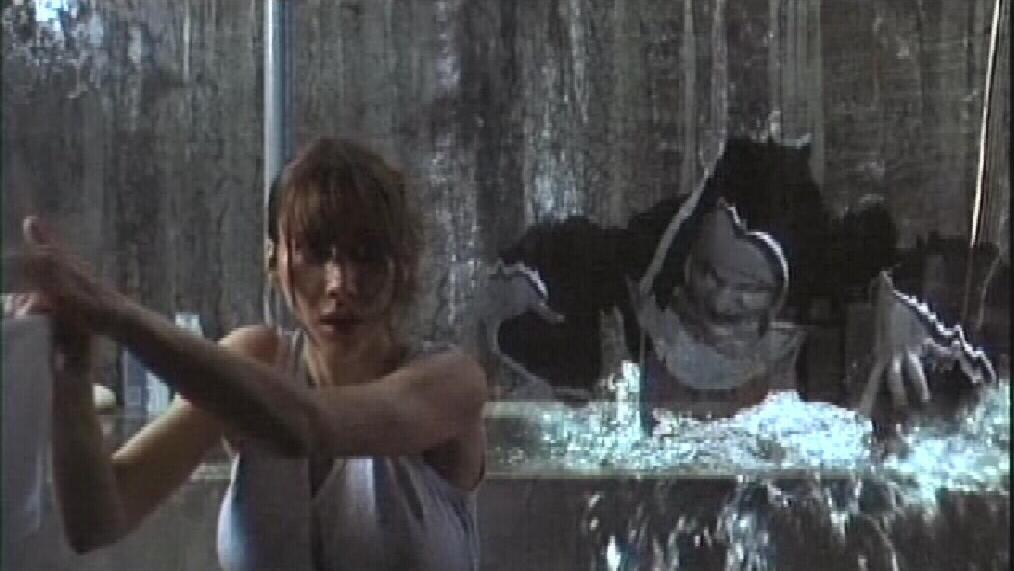 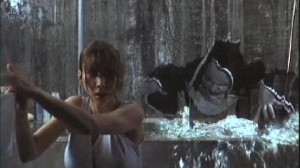 When talking about the 2005 Spanish horror film The Nun, it’s best to admit one thing from the start.  This film has got an absolutely terrible ending.

It seems to be the unwritten rule of modern horror that every movie has to have a “shocking” twist that’s revealed during the film’s final 10 minutes.  Occasionally, the twist is so well-done and memorable that it will actually redeem an otherwise forgettable film.  Far too often, the twist turns out to be so predictable that most filmgoers will have guessed what it is within the first few minutes of the film.  And then you’ve got a film like the Nun, where the twist will be so bad and so illogical that it’ll actually cause you to hate the entire film regardless of how effective it may have been before the twist was revealed.

I’ve debated with myself whether or not to just say “Spoilers be damned!” and reveal film’s twist in this review.  Seriously, it literally comes from out of nowhere and it’s so ludicrous that I almost feel like I have a responsibility to warn you about what the film has up its sleeve.  However, after a lot of thought, I’ve decided not to give the specifics of the twist.  Instead, I’m just going to tell you that it’s there and it’s really, really stupid.  It’ll probably make you hate the entire film.  If you ever find yourself watching The Nun, maybe you should stop watching around the 90 minute mark, just so you don’t have to deal with “twist.”

Because, seriously, until that twist shows up, The Nun is actually a pretty well-done ghost story.

The movie tells the story of Sister Ursula, an insane nun who terrorizes six of her students until eventually, they end up fighting back and accidentally drowning her.  They hide her body in a nearby pond and go on with their lives.  However, 18 years later, the pond is drained and the former classmates start to die one by one.

Whenever it rains or a bathtub overflows or water drips from a leaky faucet, a murderous apparition of the Sister Ursula is formed from the drops of water.  It may be because I was raised Catholic and I’ve actually experienced Catholic school firsthand but I thought that the apparition of Sister Ursula was one of the most effective cinematic ghosts that I’ve seen in a long time.  Forming from clouds of mist and with a permanently enraged expression on her twisted face, Sister Ursula is a nightmare personified and, as long as she’s lurking about in the shadows, it doesn’t matter that the film itself doesn’t make much sense.  Sister Ursula is scary and the scenes where she takes revenge on her former students are truly frightening.

But the film couldn’t be happy just being the type of simple (but effective) ghost story that would keep you awake at a slumber party.  Instead, the film has to introduce that terrible “twist” during the final ten minutes and, as a result, the entire film collapses. 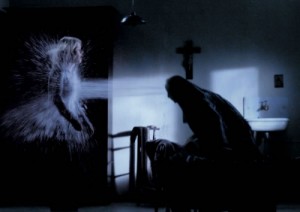