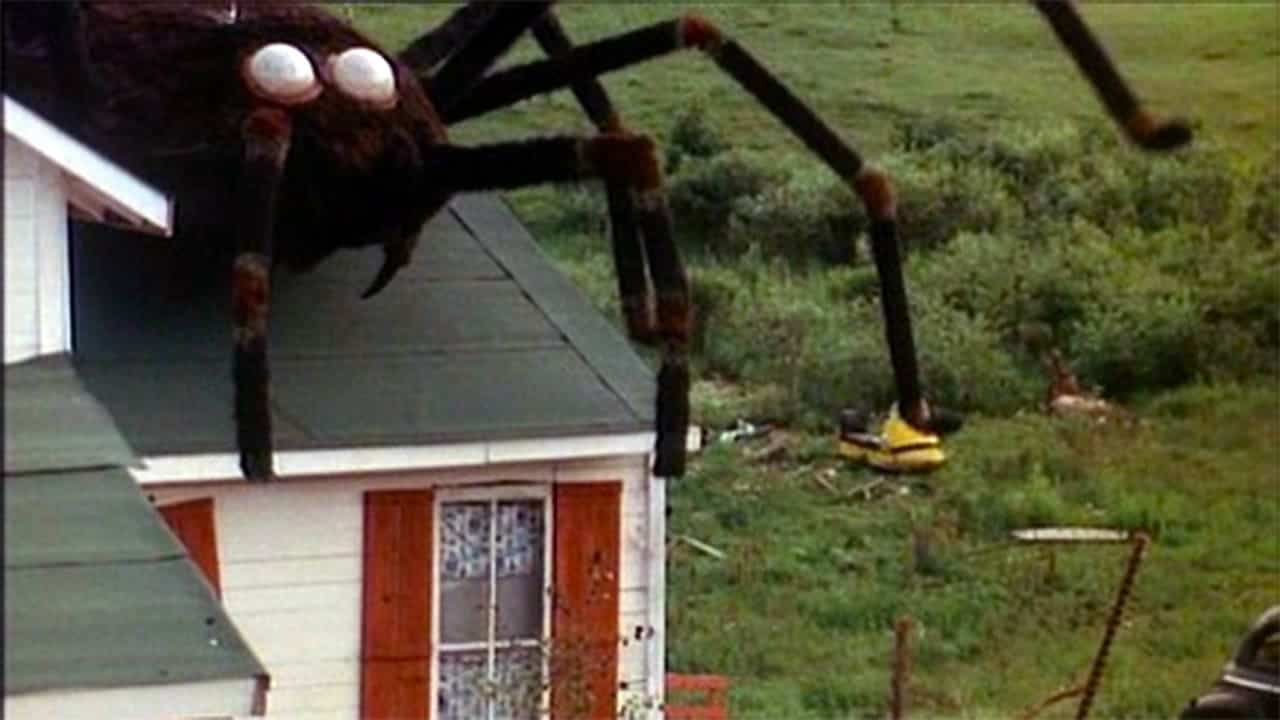 Welcome to rural Wisconsin, where everyone’s running around in their underwear and getting attacked by giant spiders!

That’s not meant to be a dig at the 1975 film, The Giant Spider Invasion, either.  I mean, let’s be honest.  If you’re going to be running around the trailer park in your underwear, the last thing that you want to do is walk straight into a giant spider web.  That happens a few times in The Giant Spider Invasion and I cringed every time because …. AGCK!  I mean, it’s a scary thought and The Giant Spider Invasion understands that.  Years ago, I was riding a horse and I rode head first into a spider web and oh my God!  I lost track of how many hours I spent washing my hair afterwards.  Of course, fortunately, I wasn’t in my underwear when I rode into that spider web.  So, it wasn’t as bad as it could have been.

Anyway, The Giant Spider Invasion opens with a meteorite crashing down to Earth.  As I previously mentioned, it lands in Wisconsin.  I can’t help but think that the alien spiders were a bit disappointed when they emerged out of their meteorite and discovered that they were in Wisconsin.  One would imagine that they were probably aiming for Washington D.C. and maybe they got off track.  Still, it works to the spiders’ advantage in that they’ve managed to land in a place so filthy and messy that no one is going to notice a few extra tarantulas crawling around.  Or, at least, they don’t notice until the tarantulas are gigantic and wandering through the fields.

We follow as various people deal with the giant spider invasion.  What we quickly discover is that, in 1975, America just wasn’t ready to make contact with alien spiders.  While Dr. Langer (Barbara Hale) and Dr. Vance (Steven Brodie) investigate the meteorite crash, the rest of the town is too busy with their own personal dramas to be of much help.  The Sheriff (Alan Hale, Jr.) is a buffoon who tries to coordinate a response from the safety of his office.  Dan (Robert Easton) and Ev (Leslie Parrish) obsess on whether or not the meteorites contain diamonds as well as spiders.  Dan has an affair with barmaid Helga (Christine Schmidtmer) while Ev’s younger sister, Terry (Dianne Lee Hart) dates Dave (Kevin Brodie), the son of the local newspaper editor.  Every 15 minutes or so, a crazed-looking preacher pops up and starts ranting about how the world’s going to end because of the sins of people like Dan, Eve, and Helga and, to be honest, the preacher seems to be the only person in town who understands just how much trouble they’re all in.

It’s all kind of silly but, because this is a Bill Rebane film, it all plays out with a certain unbridled enthusiasm that’s impossible to resist.  Rebane was never one to let a low-budget get in the way of his ambitions and the special effects in The Giant Spider Invasion may be cheap but they still have a charm all their own.  I mean, let’s face it.  Spiders are scary and any scene that features a giant one sneaking up on someone is going to be at least somewhat effective.  (I’ll even go on to say that a shot of a “giant” spider super-imposed over a field was actually rather effective and creepy.)  Add to that, The Giant Spider Invasion has only an 84-mintue running time so it doesn’t waste any time getting to the spiders.  This is a fun movie and a perfect one to watch in October. 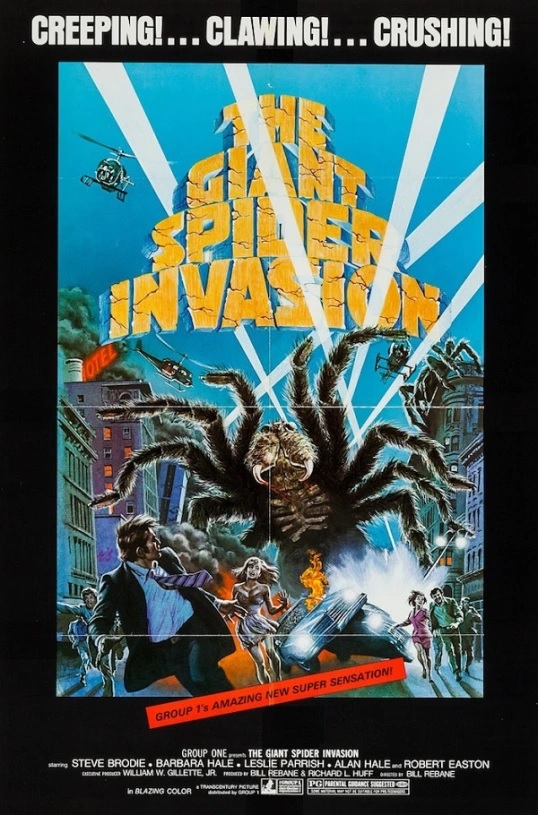