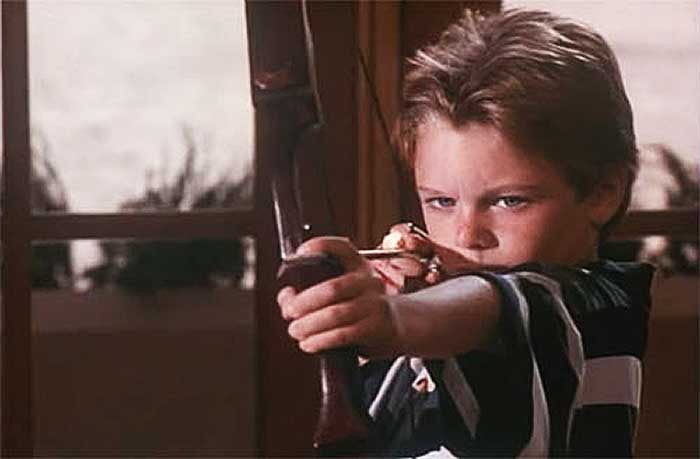 First released in 1992, Mikey is a film about a bratty little 9 year-old named Mikey (Brian Bonsall).  Mikey loves to start fires and play with his video camera.  Unfortunately, Mikey gets in trouble for nearly burning down the house and he doesn’t handle it well.  After murdering his first foster family, Mikey gets adopted by a new family.  Mikey may pretend to be a perfect and considerate child but he’s actually a disturbing little perv who stalks his next door neighbor, Jessie (Josie Bisset).  While his teacher (Ashley Laurence) tries to prove that Mikey is bad news, Mikey keeps busy by killing everyone that he meets.  It turns out that Mikey is good with a bow and arrow, a sling shot, a hammer, and he also understands what happens if you kick a radio into a jacuzzi.  In fact, Mikey is kind of obsessed with discovering what type of fun you can have with electricity.  And, of course, Mikey always has his video camera nearby so he can film his new family and his neighbors, usually without their consent.

Seriously, what a little jerk!

Ever since The Omen revealed just how creepy a smirking child can be, there have been a lot of killer kid films.  What I think sets Mikey apart from other entries in the genre is just how totally and completely evil this kid really is.  There is absolutely nothing redeemable about Mikey and the film certainly doesn’t shy away from showing the chaos and the destruction that Mikey causes.  From the first few minutes, it’s clearly established that no one is safe.  Mikey doesn’t care how likable you are or how much you try to understand him.  If Mikey gets mad at you, you’re in trouble.  Mikey is a creepy and disturbing film and it would be a minor horror classic if not for one big problem.

Brian Bonsall, the kid playing Mikey, gives one of the worst performances that I’ve ever seen.  The rest of the cast is fine, with Josie Bisset and Ashley Laurence brining a lot of conviction to their roles.  But the kid at the center of the film is the pits.  He’s got the evil stare down but whenever he has to deliver his dialogue, he’s so stiff and awkward that it makes it hard to take him seriously.  This wouldn’t be a problem if he had been a silent killer but this film makes the mistake of having Mikey deliver Freddy Krueger-style one-liners in the middle of all the mayhem.  “I want you to teach me how to die,” Mikey threatens his teacher and it would be a scary moment if the line was delivered with any sort of conviction.  Instead, it’s delivered so awkwardly that most audiences will be tempted to laugh rather than scream.

But then again, perhaps we should be happy that Bonsall was such a bad actor.  It reminds us that we’re watching a film because, if we mistook this film for reality, it would be unbearably disturbing and more than a little depressing.  Let us be thankful that the makers of Mikey couldn’t afford a young Leonardo DiCaprio and had to settle for Brian Bonsall. 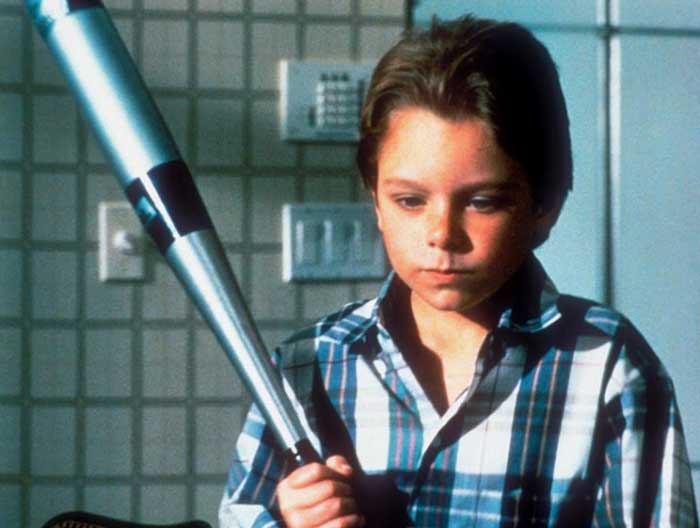