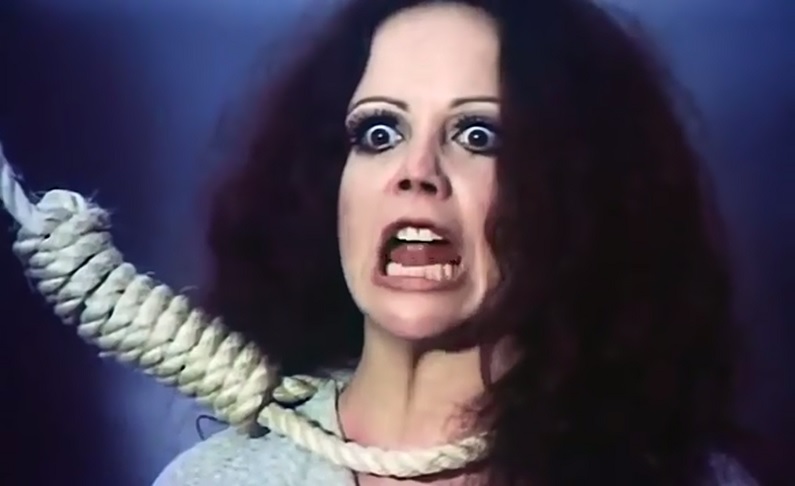 If I had to guess, I’d say that there is probably nothing more dangerous than being the descendant of a witch hunter.  Even though your ancestors may have found some success hunting witches back in 1622, the witch’s spirit always seems to stick around and wait for its chance to possess someone close to you and get revenge.  Apparently, it’s impossible to get rid of the spirit of a witch once it’s sworn a curse upon you and your family.  In fact, it would probably be better to save everyone the trouble and just leave the witches alone.  At least, that’s what I’ve gathered from watching movies with the word “witch” in title.

Take for example 1970’s Mark of the Witch.  The film opens with a bunch of witch hunter’s sacrificing The Witch (Marie Santell).  The Witch announces that she will have her vengeance, right before she’s hanged.  Jump forward a few centuries and The Witch possesses Jill (Anitra Walsh), a college student who made the mistake of accepting her professor’s invitation to a séance.

Now that Jill’s possessed, it’s time to go after the descendants of the main witch hunter.  To help her out with this, she blackmails the professor (Robert Elston) and demands that he explain to her how modern life works.  There are a few scenes that feel like they could have been lifted from one of those sci-fi shows where the robot or the alien requests to know why humans laugh when they’re happy.  I mean, I don’t know what this witch has been doing in the spirit world but apparently, she hasn’t been keeping up with the times on planet Earth.  Jill’s boyfriend (Darryl Wells) suspects that there’s something wrong with Jill.  Can he save her from the Witch?

Mark of the Witch was an early indie film.  It was shot in Dallas in the 60s and sat on the shelf for a while.  The cast was made up of local actors and to call the acting inconsistent would be an understatement.  That said, Marie Santell gives an enjoyably over the top performance as the Witch and Anitra Walsh is likeable as Jill.  Both of them are required to give lengthy monologues about spells and revenge and magic and all the rest and they both do their best to bring some conviction to the occasionally florid dialogue.  The film itself is a bit too talky to be scary but, visually, there are a few artfully composed shots.  The opening scene, in which the Witch is executed, plays out with a certain dream-like intensity.  It’s not a great film but it has its moments.

For the most part, Mark of the Witch is primarily interesting as an early example of outsider cinema.  The budget was low and the cast and crew may have been amateurs but they still managed to get their movie made and it’s hard not to admire their dedication.  When first released, the film apparently played in a handful of Dallas drive-in but now it can be seen by anybody who is willing to search for it on YouTube.  Mark of the Witch lives on. 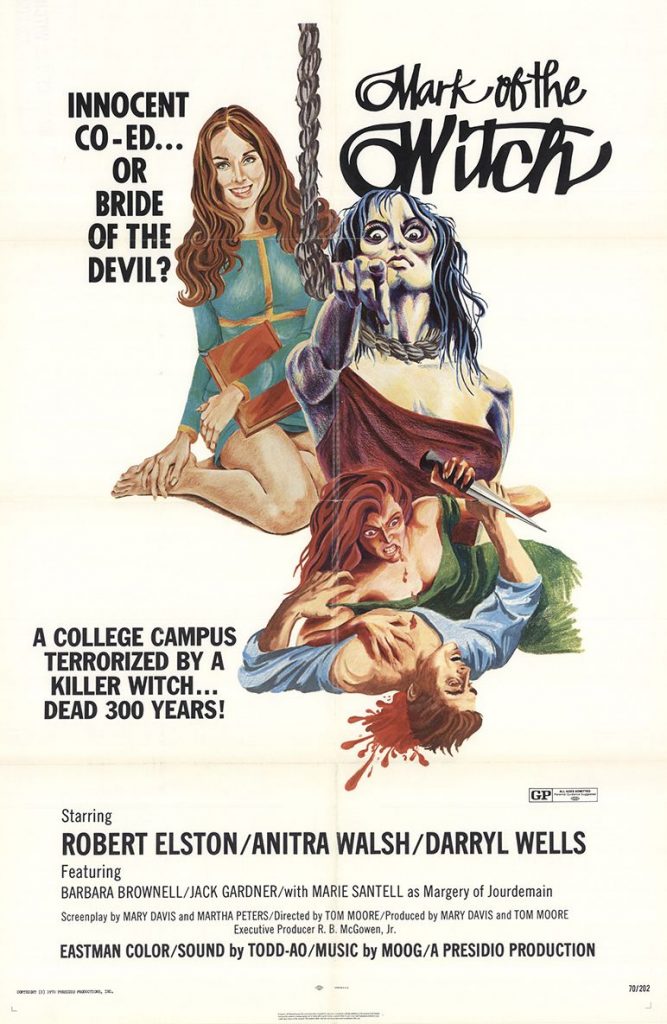