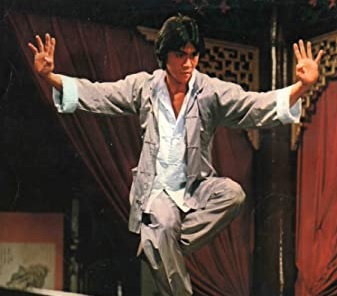 1982’s Kung Fu From Beyond The Grave stars many of the same people who appeared in Kung Fu Zombie and both films had a similar attitude, mixing horror and family drama with martial arts and juvenile comedy and topping it all off with a random vampire.  Also, much like Kung Fu Zombie, it was fun to watch and I was certainly never bored.

That said, I would be lying if I said I actually understood everything that happened in the film.

That’s not really the fault of the filmmakers or, at least, I don’t think it is.  The version that I watched was badly dubbed into English and it was obvious that, during the film’s trip from Hong Kong to the grindhouse theaters of New York City, some pretty heavy editing was done.  That’s pretty much par for the course when it comes to the martial arts films of the 70s.  In fact, for many Americans, a good deal of the appeal of these films is the fact that the plots are often incoherent.  Who needs a detailed plot when you’ve got so many great fight scenes, right?

The film opens with a narrator explaining that, every couple of months, the Gates of Hell are opened and the dead can wander the Earth.  (The film — or at least the dubbed version of the film — seems to be pretty sure that everyone who dies ends up in Hell.)  Chun Sing (Billy Chong, star of Kung Fu Zombie) is visited by his dead father, who informs Chun that he was killed by an evil wizard (Chin-Lai Sung) who works for a local crime lord named Kam Tai Fu (Lieh Lo).  Chun now has to avenge his father’s death and what I liked about this film is that, much as with Kung Fu Zombie, it suggested that Chun is a bit annoyed to be bothered with it.  One gets the feeling that Chun was perfectly fine with not knowing who was responsible for his father’s death but, now that the annoying old man has wandered through the Gates of Hell, Chun is now obligated to do something about it.

Unfortunately, it’s not going to be easy to revenge because Kam’s wizard is not only an expert martial artist but he’s also capable of summoning super natural help.  In this case, that help comes in the form of a vampire.  What is Chun to do!?  Wait a minute — the Gates of Hell are still open!  Why not just get some friendly ghosts to help him take on Kam, the wizard, and the vampire!?

And that’s really pretty much the movie for you.  For 87 minutes, people yell at each other, people fight, vampires pop up, and occasionally a large group of pasty ghosts appear and swarm on their enemies.  There’s also a subplot about people getting their hearts ripped out of their bodies while visiting the local brothel which …. well, I know it had something to do with Kam’s wizard but I’m not really sure why it needed to be done.  Still, the scenes of heart theft add to the film’s already chaotic atmosphere.  They just seem to belong.

Which one is better, Kung Fu Zombie or Kung Fu From Beyond the Grave?  The fight scenes were actually better in Kung Fu From Beyond the Grave but Kung Fu Zombie had a far more clever sense of humor.  I personally would have to give the victory to Kung Fu Zombie.  That said, they’re both wonderfully berserk films and if you want to add a little martial arts to your Halloween horror, these two films make the perfect double feature!  And they’re both on Tubi so ….. enjoy! 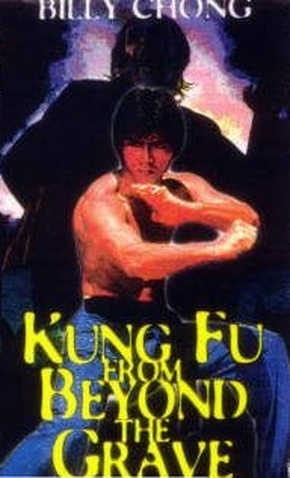