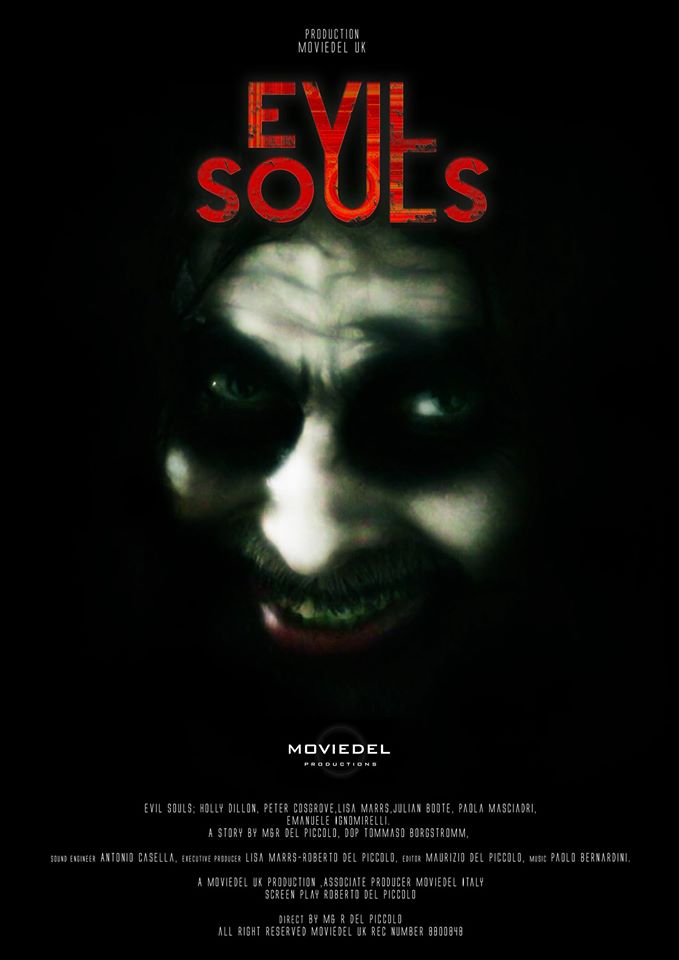 If I had to describe the British horror film Evil Souls using only one word, that word would be “intense.” Because, seriously, this is one intense movie! As a horror film lover, I’ve seen some truly shocking things onscreen but still, there were certain scenes in Evil Souls that literally made me cover my eyes and watch the film through my fingers.


But then again, perhaps a better word to use would be “disturbing.” Of course, when I say disturbing, I mean it in the best possible way. A good horror film sticks with you. The frights leave you feeling uneasy even after you’ve jumped or screamed. If a horror film gives you a nightmare, it has done its job. And Evil Souls is a film that can give you nightmares.


Or maybe I should describe the film as being “thought-provoking,” because it is. This is not just a film that will scare you. It’s a film that will make you think as well. Some of that is because Evil Souls is a film that is full of mysteries and, in the best tradition of Lucio Fulci, Jean Rollin, and David Lynch, it is often up to the viewer to find the answer to those mysteries for themselves as opposed to having the solutions neatly handed over by the filmmakers. Don’t get me wrong, the solutions are there. But, as opposed to a lot of other horror films, Evil Souls does not spell everything out for the audience. This is a film to which you have to pay attention and you have to be willing to consider the implications and dig into the subtext of everything that you’re seeing.


Actually, maybe I should just say that Evil Souls is “terrifying” because it actually is. It’s a film that understands what scares us and it is full of scenes that are designed to strike at the most primal of our fears. Full of atmosphere and directed with a good eye for detail and setting, Evil Souls is close to being a filmed nightmare.


As for the film’s plot — well, I don’t want to reveal too much. Evil Souls, I think, is a film that works best when you literally go into the film blind and you have absolutely no idea what’s going to happen next. I will tell you that, at first, Evil Souls seems to be telling several different stories but eventually all of the plotlines do eventually come together with a horrifying logic.


We open with a group of children walking through what appears to be a deserted hospital. One boy is the clear leader. Another boy seems to know that something bad is about to happen and he’s ordered to go home.


Twenty-five years later, widowed Jess Taylor (Holli Dillon, giving an amazing and sympathetic performance) comes home from work and discovers that her younger sister has been brutally murdered and that her son is missing. Suddenly, she is grabbed from behind by a shadowy figure. When Jess wakes up, she’s chained to a wall and her son is still nowhere to be seen.


Eventually, Jess is joined by Susan (Paola Masciadri). Susan has also been kidnapped and her son is also missing. As Susan and Jess struggle to figure out what’s going on, they realize that they have a previous connection.


Meanwhile, a prostitute named Maddie (ferocious Lisa Holsappel-Marrs) is discovered on the steps of a church by Father Albert (Julian Boote). It turns out that Albert and Maddie have a connection of their own. Albert wants to save Maddie’s angry soul but Maddie is haunted by demons that Albert cannot even begin to comprehend.


And yes, it all does come together but I’m not going to tell you how it comes together. Instead, I’m just going to praise an actor named Peter Cosgrove. Cosgrove plays a very evil man named Valentine. Valentine is a leering psychopath who has his own connection to all four of the characters. Valentine is pure nightmare fuel and Peter Cosgrove brings him to terrifying life.


And speaking of good acting, Lisa Holsappel-Marrs deserves some sort of award for playing both Maddie and Maddie’s twisted mother, Catherine. As frightening as Valentine is, Catherine may actually be scarier.


Deliberately paced and well-directed by Maurizio and Roberto del Piccolo, Evil Souls does not shy away from displaying shocking gore or from exploring the most disturbing implications of the film’s scenario. It’s a well-made and intelligent film that I recommend every horror fan see.


Just don’t expect to get a good night’s sleep afterward.