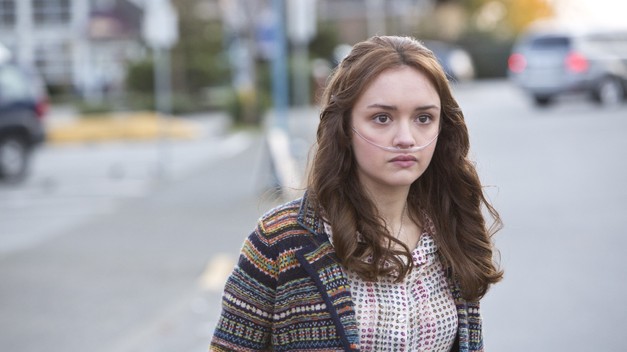 Norma Bates has got some issues, doesn’t she?

Last week’s episode ended with Norma (Vera Farmiga) being arrested for murdering Keith.  Tonight’s episode begins with her sitting in jail and telling both Dylan (Max Thierot) and Norman (Freddie Highmore) that they’re not acting properly upset over her situation.  “Just leave me here,” she tells them, “I don’t need your help.”

Of course, Norma has a bit of a point.  Dylan, after all, waits to eat breakfast before going to see her and, in a nicely subtle moment, Norman briefly smiles at the sight of his mother imprisoned.

Anyway, Norman, with the help of Emma (Oliva Cooke), manages to find the money to pay the bail bondsman and get Norma out of jail.  Once freed, Norma proceeds to insult her attorney and yell at Norman for “getting laid” while she was getting arrested.  Norma should be careful because it seems like that’s the sort of thing that could lead to Norman becoming a cross-dressing voyeur.

Fortunately, evil Deputy Shelby (Mike Vogel) purposefully misplaces some evidence which leads to the charges against Norma being dropped.  While Norma’s understandably grateful, Norman still feels that Shelby is dangerous.

Meanwhile, Dylan is still planning on moving out of the hotel.  His co-worker Ethan loans Max the money to get a place of his own but a few minutes later, some random guy shows up and shoots Ethan in the neck.  Dylan takes Ethan to the hospital and quickly leaves before anyone can ask him any questions.  Then, as he’s driving back home, Dylan happens to spot the shooter wandering down a conveniently deserted alley.  Dylan reacts by running the man down with his pickup truck.

Finally, Emma and Norman team up to search for and, eventually, discover Shelby’s sex slave.  They take her back to the hotel where Norma discovers them and demands to know what Norman’s doing with not one but two girls.  Norman explains who the girl is.  Norma, at first, refuses to believe him but then the girl herself identifies Shelby as being the man who was holding her captive.

I’ve been struggling for the past few weeks to explain just what exactly it is that intrigues me about Bates Motel.

Don’t get me wrong.  I enjoy the show.  Vera Farmiga kicks ass.  Max Thierot is hot.  Freddie Highmore is creepy yet sympathetic and Olivia Cooke deserves her own Veronica Mars-like show where she solves crimes.

However, there’s also no denying that Bates Motel is a frequently uneven show.  Scenes that work are often followed by scenes that fall flat.  Intriguing plot points (like the fact that the citizens in the town apparently burned a man alive at the end of the second episode) have been brought up just to never be discussed again.

And yet, I still find myself looking forward to seeing where each episode of Bates Motel is going to go.  As I watched last night’s episode, I finally realize why I’m still watching this show.

Some of that’s intentional, of course.  However, a lot of the weirdness of Bates Motel comes from the fact that the show is still struggling to define just what exactly it is.  Is it a psychological thriller?  Is it horror?  Is it a mystery?  Is it an adaptation of young adult fan fiction with Emma serving as a Mary Sue for the unseen author?  Or is it a show about a single mother and her two sons trying to make a new life for themselves in a quirky small town?  Is it Lost or is it Gilmore Girls?

After watching last night’s episode, I’m convinced that the people behind the show have absolutely no idea.

But you know what?

That’s okay because it’s actually a lot of fun watching them trying to figure it out.  Since Bates Motel isn’t sure which genre it belongs to, it’s also free to ignore the rules and conventions that come with having a definite identity.  As a result, Bates Motel is a show where anything truly can happen.

Eventually, the constant tonal shifts are going to get exhausting.  Regardless of how well-acted the show may be, it’s difficult to remain emotionally invested in characters who are free of consistency.

Hopefully, Bates Motel will have found its identity by the time its second season rolls around.

For now, however, I’m just having fun discovering what’s going to happen next.