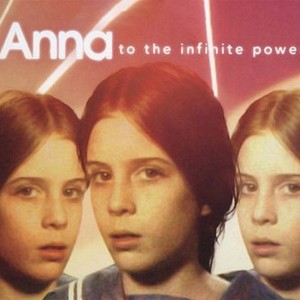 Curious film, this one.

In this 1983 film (which was based on a book), Anna Hart (played by Martha Byrne, a child actress who later grew up to star on a few soap operas) is a 12 year-old musical prodigy who has a hard time fitting in with normal children. She suffers from frequent headaches, especially whenever she’s an open flame. She loses her temper quickly. She has disturbing nightmares about World War II, an event that occurred long before she was even born. Perhaps most alarmingly, she’s a compulsive shoptlifter. When a music teacher named Michaela DuPont (Donna Mitchell) moves in next door, she takes a curiously intense interest in Anna. She starts to give Anna lessons

Can we say cloning?

It turns out that Anna Hart is one of five Annas, a part of an experiment to clone Anna Zimmerman. Anna Zimmerman was a musical prodigy who spent her childhood in a Nazi concentration camp and who died in a mysterious fire 20 years earlier. All five of the Annas are being raised by similar families and under similar circumstances, all in an attempt to bring Anna Zimmerman back to life. Shocked by the news, Anna struggles to figure out who she is — is she Anna Hart or is destined to grow up to be Anna Zimmerman? And, if she decides that she wants to live her own life, will she allowed to do so? How far will the scientist who cloned Anna go to protect their secrets?

Anna To The Infinite Power is an odd little film. It’s got enough conspiracies and traumatic flashbacks to qualify as a hybrid of the horror and science fiction genres but it’s also a rather unconventional coming-of-age story. Anna has to decide whether or not she’s okay with the idea of her entire life having been plotted out for her. Can Anna escape destiny? It’s an intriguing question and the film’s intelligent script quickly grabs your interest.

Unfortunately, the film’s direction is not as strong as the script. Visually, Anna to the Infinite Power has a bland and rather flat look. It would be easy to mistake it for a special, extended episode of an 80s television show. Still, Martha Byrne is sympathetic as the multiple Annas while character actor Jack Gilford does a good job as the scientist responsible for the experiment. It’s an intriguing film and one to keep an eye out for.