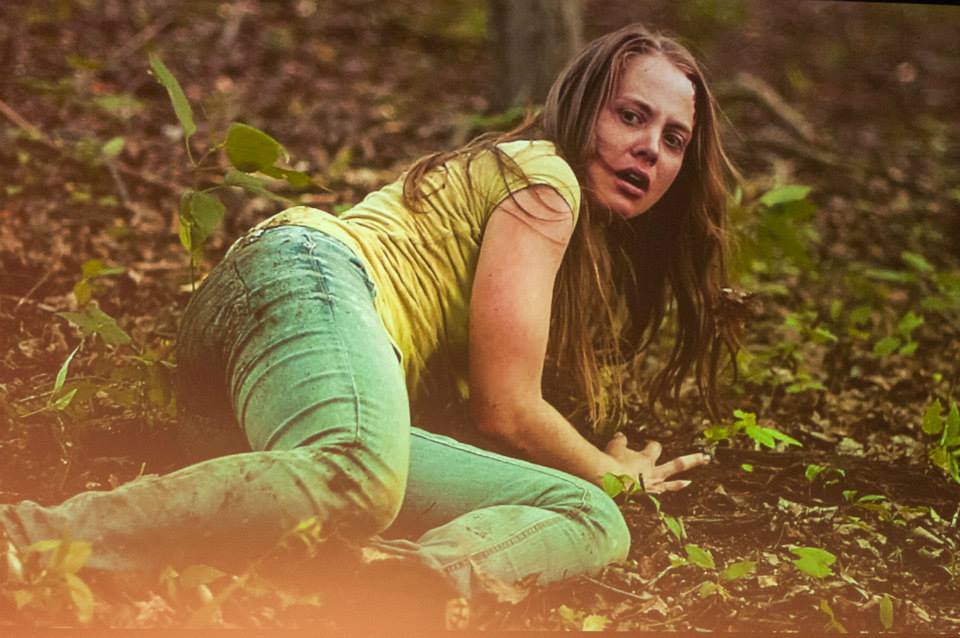 I watch a lot of zombie films.

After all, I’m a horror fan.  And right now — with the success of The Walking Dead, the never dying popularity of George Romero’s Dead films, and the recent nostalgic resurgence of the old Italian zombie films of the early 1980s — zombies define horror for many people.  We’ve reached a point where zombies have gone from being cult film stars to being a part of the mainstream culture.

We also know that any zombie apocalypse will ultimately lead to a small group of survivors huddled in a confined space, keeping a tense watch as the undead gather outside and wait for their chance to eat.

Zombies remains scary, of course.  More so than vampires or werewolves, zombies represent our most primal fears of death and decay.  Their mindless yet determined mayhem can serve as a metaphor for everything from socialism to capitalism to religion to existentialism.  Zombies will always be scary but, as of late, they’ve also run the risk of becoming very familiar.  Often times, we watch a zombie film with the knowledge of exactly what is going to happen.

For that reason, when a horror fan (not to mention a horror critic) sees a zombie film that truly takes her by surprise, she has a responsibility to let people know about it.  So, for that reason, I am going to now tell you about The Other Side.

I was fortunate enough to get a chance to watch The Other Side this weekend and I cannot recommend it more highly.  Taking place in the small town of Elkwood, Pennsylvania, The Other Side may begin like your typical zombie film but it throws in a gigantic and clever twist that manages to take the audience totally by surprise while, at the same time, also playing fair.  The twist isn’t a shock because it comes out of nowhere.  Instead, the twist is effective because it makes total sense but it’s still one that the majority of the audience won’t see coming.

As for what I can tell you about the movie itself — well, it’s a well-acted and clever look at the zombie apocalypse.  It opens with a woman (Christine Starkey) waking up bloodied and confused in the woods.  She’s not sure where she is or how she got there.  The only thing that she knows for sure is that her name is Ash.  She’s soon joined by the equally confused Chuck (Chucky Hendershot).  All Chuck can tell her is that “something” has happened and that the woods are full of dark and shadowy figures that must be avoided at all costs.

Meanwhile, in the town of Elkwood, Ash’s husband, Chris (Chad Conley), wakes up to discover that his wife is missing.  He discovers that she hasn’t been taking her medication.  As he calls up his friends and family and asks if they’ve seen Ash, we start to realize that Ash has a history of disappearing.  Chris and his friends talk about Ash in deliberately vague terms, letting us know that something has happened in the past but not immediately giving us the specifics.  It creates a very unsettling effect…

And that’s even before the zombies show up and start devouring the entire town!

Perhaps most importantly (even more so than that big twist), The Other Side works because Elkwood feels real.  Elkwood is a believable community, from that venal mayor to the frustrated chief of police to the camp of homeless people living out in the woods. When the zombies attack, they’re not just attacking extras.  They’re attacking an entire community.  Since Elkwood feels real, the horror feels real.  The zombies — regardless of what they may symbolize to you as a viewer — feel real.

And about those zombies — these aren’t the slow, somewhat comical zombies that a lot of films give us.  Instead, these zombies are fast and viscous.  These are the type of zombies that don’t give you time to scream.  These are truly frightening zombies.

In the end, as directed by Pennsylvania filmmakers Chris Niespodzianski and Raymond Mongelli III, The Other Side is a pure and visceral triumph of low-budget horror filmmaking.  It’s a film that would work wonderfully even if there wasn’t that twist towards the end that turns everything that we had previously assumed upside down.  But thankfully, there is that twist and it works wonderfully.

(Interestingly enough, both this film and it’s ancestor Night of the Living Dead came out of Pittsburgh…)

So, how can you see it?  The Other Side had its theatrical debut on Pittsburgh on Halloween of this year.  It’s currently looking for the national distribution that it certainly deserves.  However, a DVD of the film can be ordered from Orchard Place Productions and I recommend it to anyone who both enjoys and wants to support true independent horror filmmaking.