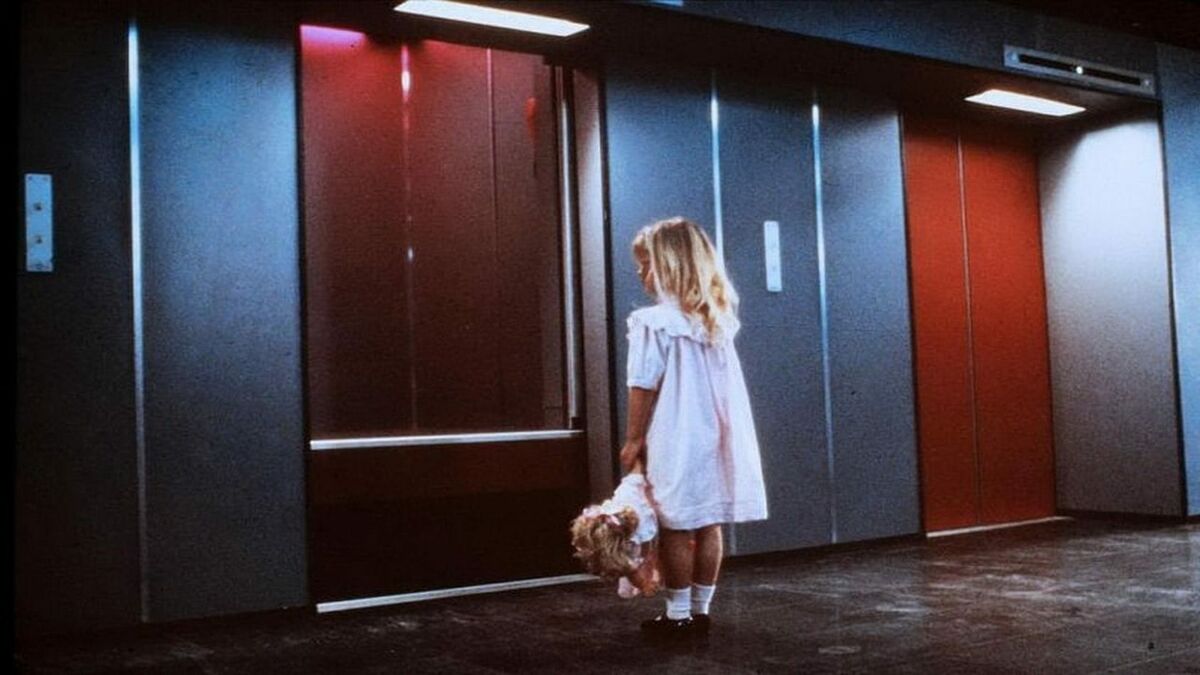 I almost always take the stairs.

Of course, the main reason for taking the stairs is that I find elevators to be incredibly creepy.   The minute those elevator doors close, you’re pretty much trapped until the elevator reaches the next floor.  And even then, there’s no guarantee that the doors are actually going to open.  There’s always the possibility that the elevator could get stuck between floors and you could be trapped in that little room for hours or even days.  Even worse, someone else could be stuck in there with you and that person could be a stranger.  That person could be carrying a straight razor or they could just have bad breath but either way, I wouldn’t necessarily want to be trapped in an elevator with them.  And don’t even get me started on the possibility of an elevator cable snapping and the elevator plunging down 30 flights at breakneck speed.

The 1983 Dutch film, The Lift, is all about one very scary elevator.  For, instance, the elevator stops moving after a lightning storm takes out all the power in Amsterdam and four people end up trapped inside of it.  When the power is finally restored, the elevator doors still refuse to open.  Eventually, the doors have to be forced open.  Fortunately, the four trapped people are saved before they suffocate but a few others aren’t so lucky.  One elderly man falls down an empty elevator shaft.  A security guard is decapitated when his head gets stuck in the elevator doors.  A janitor vanishes.

Felix (Huub Stabler) is assigned to figure out why the elevator is malfunctioning.  What he discovers suggests that the elevator has a mind of its own.  Of  course, no one believes that and Felix becomes obsessed with proving his theory.  He becomes so obsessed with the building and the elevator that his wife leaves him.  Felix’s only ally is a reporter named Mieke (Willeke van Ammelrooy),  Mieke is investigating Rising Sun, a computer company who was responsible for designing the system that runs the elevator.  Are the deaths the result of a corporate incompetence or is Felix correct?  Is the elevator alive?

The Lift works precisely because it understands that elevators are creepy.  More than being about a haunted elevator, The Lift is actually about the absurd amount of trust that people put into technology.  (This is a theme that’s even more relevant today than it probably was in 1983.)  People get on the elevator because they’ve been told that it’s safe and that there are safeguards in place to prevent any problems.  Even when the elevator starts to malfunction and otherwise behave in a threatening manner, people still assume that it’s a problem that can be easily fixed because they’ve been told that it was designed with the most advanced technology available.  More than just being a horror film about a haunted elevator, The Lift is a film about society that has put such blind trust in technology that it doesn’t know how to handle things when the system develops of mind of its own.  People may have been conditioned to trust the system but, when the elevator comes to life, everyone’s going down. 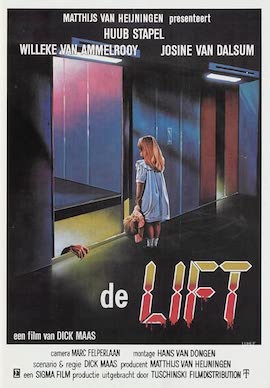