With its long history and unique culture, Louisiana is perhaps the most atmospheric state in the union and that atmosphere is perfectly displayed in Sister, Sister, an effective little thriller from 1987.

Sister, Sister tells the story of two sisters living in a dilapidated mansion on the bayous.  The older sister, Charlotte (Judith Ivey) is in love with Sheriff Cleve Doucet (Dennis Lipscomb) but she knows she can never marry him because she has to watch and protect her younger sister, Lucy (Jennifer Jason Leigh).  Lucy is mentally unstable and claims that she can communicate with the ghosts that live in the bayous.

Charlotte and Lucy have turned their mansion into the boarding house and they rent a room to Matt (Eric Stoltz), a congressional aide who is taking his vacation in the bayous.  Matt takes an interest in Lucy, which raises the suspicions of Etienne (Bejamin Mouton), a sinister handyman who appears to be obsessed with Lucy himself.  As you can probably guess, nobody in this film is quite who he or she appears to be and it all leads to the uncovering of dark secrets from the past.

So, let’s just start with the obvious.  The plot of Sister, Sister doesn’t make much sense.  If you think about it, you’ll find a lot of improbabilities.  So, my suggestion is that you just don’t think about it.  Instead, watch the film for the performances of Judith Ivey and Jennifer Jason and the atmosphere of the bayous.  Making his directorial debut here, future Twilight director Bill Condon captures a lot of haunting images of the bayou and his direction emphasizes mood over cheap thrills.  The end result is a horror film that might not be scary but it certainly is creepy and stays with you after it’s over.

If nothing else, Sister, Sister is an effective B-movie.  It’s also a nice showcase for the atmospheric state of Louisiana. 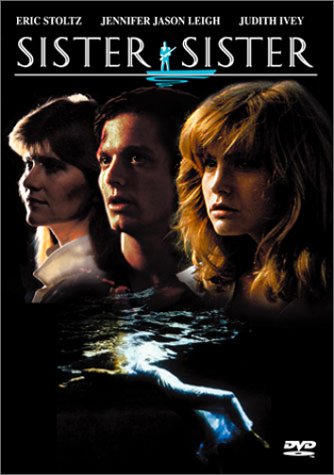