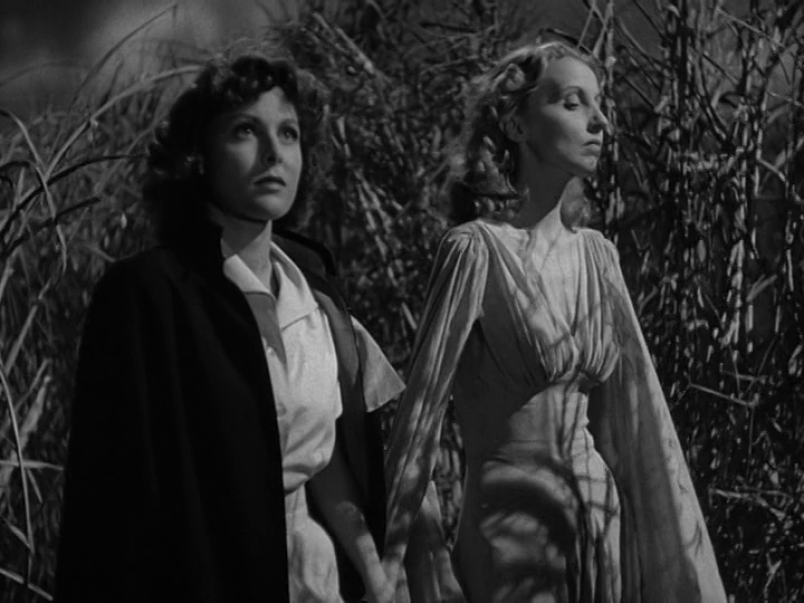 The 1943 horror film I Walked With A Zombie tells a zombie story that would probably seem strange to modern zombie fans. There’s no cannibalism. There’s no feasting on brains. There’s no talk about how the only way to stop a zombie is to shoot them in the head. In fact, the zombies in I Walked With A Zombie may be referred to as being the “living dead” but they’re not actually dead. Instead, if anything, they’ve been cursed. Maybe they’re possessed. Maybe they’ve been brainwashed. Maybe they’re lobotomized. Who can say for sure?

Instead of being the type of zombies that were made famous by George Romero’s Night of the Living Dead, the zombies in I Walked With A Zombie hew closer to the zombies of Haitian legend. These zombies suffer from a sort of mental paralysis. Unable to think for themselves, they wander about in a sort of permanent limbo, trapped between life and death and under control of the voodoo priests who transformed them.

This moody and, at time, rather dream-like film deals with Besty Connell (Frances Dee), a Canadian nurse who has been hired by Paul Holland (Tom Conway), who owns a sugar plantation on a Caribbean island. Paul’s wife, Jessica (Christine Gordon) has apparently been taken ill and, as a result, is behaving strangely. Often, she wanders about with a glazed look in her eyes, almost as if she’s trapped in a sort of dream-state. Paul believes that it’s the result of the severe fever that Jessica previously suffered with. The locals, meanwhile, gossip that, right before Jessica was taken ill, she was having an affair with Paul’s alcoholic half-brother, Wesley (James Ellison). Betsy’s attempts to care for Jessica and understand her condition will lead to Betsy exploring not only the island’s voodoo culture but also …. walking with a zombie!

I Walked With A Zombie is a deliberately paced film, one that focuses more on creating and maintaining an ominous mood than on going for the type of jump scares that we’ve come to expect from most horror movies. I Walked With A Zombie is all about atmosphere and ambiguity. Indeed, it’s never determined for certain whether or not Jessica’s condition is due to a voodoo curse or if perhaps it really is just due to her earlier fever. It’s left to the audience to decide.

Directed by Jacques Tourneur and produced by Val Lewton (the same time team behind the original Cat People), I Walked With A Zombie is an effective and well-acted film, one that also features some gorgeous black-and-white cinematography and an interesting subtext about colonialism. (Upon arriving on the island, Betsy discovers that the Holland family made their fortune through the slave trade and that they still have the figurehead of an old slave ship displayed in their courtyard.) It may not be frightening by today’s standards but it is still a thought-provoking film and one that should be seen by anyone who is a serious zombie fan.