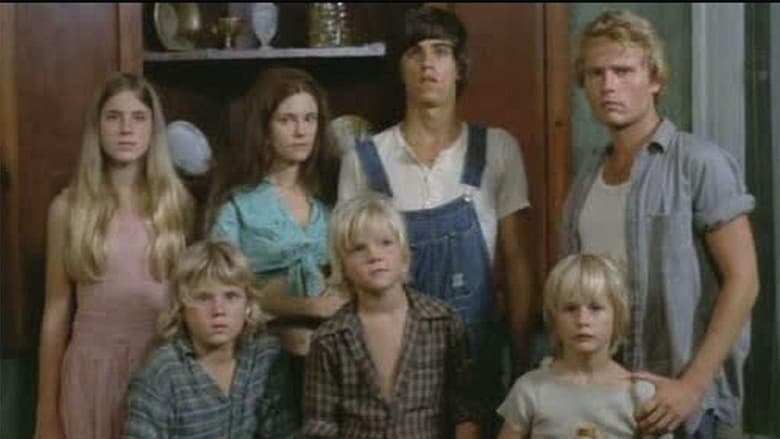 This 1974 made-for-television movie opens with photojournalist Jimmy Wheeler (Stacy Keach) driving down an isolated country road.  He’s driving across America, heading towards California.  However, when he sees a young child walking on the side of the road and struggling to carry two bags of groceries, Jimmy pulls over and offers the child a ride.

That’s a big mistake.  As Jimmy soon discovers, the child lives on an isolated farmhouse in the middle of nowhere.  He resides with his six brothers and sisters.  The family is led by Peter (John Savage), the oldest sibling.  Jimmy discover that there’s only one other adult on the farm.  The children refer to her as being their mom and Carol Ann (Samantha Eggar) certainly does seem to be busy, cooking dinner and keeping the house clean.  It’s only when the children leave the kitchen that Carol Ann finally tells Jimmy the truth.  She’s not related to the children.  Instead, she is someone who made the same mistake that Jimmy did.  She gave one of the kids a ride home and she’s never been allowed to leave.

It turns out that the children’s parents died a few years ago but, because the family lives so far away from town, no one has ever noticed.  Peter has been in charge of the family but he’s reaching the point where he no longer wants to spend his entire life on the farm.  He wants to experience Mardi Gras and then visit California.  So, Peter has been sending out the children to tempt random adults to come to the house, where Peter auditions them to see if they would be good parents.  Peter has decided that Carol Ann can be the mother.  Now, he just needs to find someone to serve as the father.

Jimmy seems like a good candidates, except for the fact that he doesn’t want to spend the rest of his life in the middle of nowhere and raising a bunch of odd children.  Unfortunately, Jimmy soon discovers that it won’t be easy to escape.  The farm is guarded by a pack of dogs and Peter has a way of taking care of all the kind strangers who fail their audition….

Even though it’s only 75 minutes long, All The Kind Strangers is a bit of a slow film and often, it seems like it can’t decide whether it wants to be a straight horror film or a family melodrama.  Add to that, one of the kids is played Robby Benson, who showed up in a lot of 70s films, always playing awkward teenagers.  Benson gives such a bizarrely over the top performance that it’s hard to take him or any situation in which he’s involved seriously.  (Benson also sings the film’s easy listening theme song.)  That said, the film still manages to create and maintain an effectively creepy atmosphere and Stacy Keach, Samantha Eggar, and John Savage all give good performances.  The fact that the kids aren’t evil as much as they’re incapable of understanding the consequences of their actions actually serves to make them even creepier than the typical demented children who appear in films like this.

All The Kind Strangers has its moments, even if it doesn’t make a huge impression. 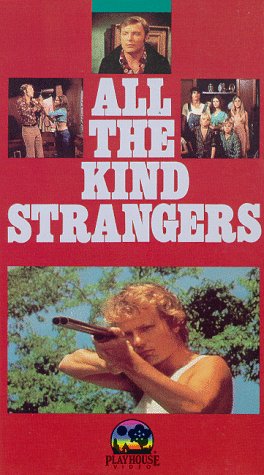